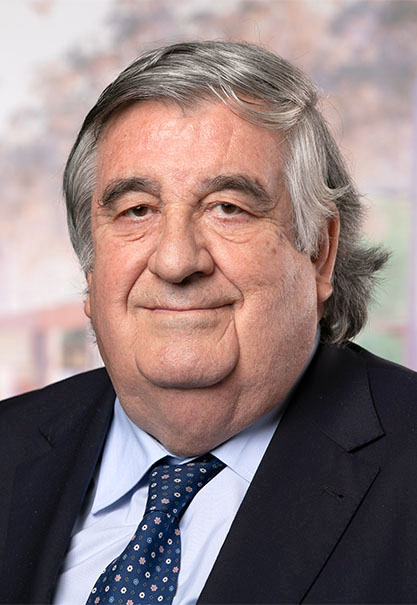 During his career has held the following positions:

Secretary of State of Urban Affairs and Public Works

CEO of Empresarios Agrupados, involved in the engineering and construction of various nuclear plants (Almaraz, Cofrentes, Trillo, and Valdecaballeros), and numerous conventional thermal plants as well.

Chairman and CEO of ENDESA.

Board Member of UNION ELECTRICA and ENHER.

Board Member of CEPSA.

Founder of CEOE, (Confederation of Spanish Industries). Member of its first Executive Committee.

Pedro López Jiménez has been Supervisory Board Member of HOCHTIEF Aktiengesellschaft since May 12, 2011

Membership in other supervisory boards prescribed by law (as of December 31, 2021): -

Membership in comparable domestic and international corporate governing bodies (as of December 31, 2021):