HOCHTIEF was founded by two brothers: Balthasar (1848-1896, mechanic) and Philipp Helfmann (1843-1899, mason). In 1872 Philipp Helfmann moved to the Bornheim district of Frankfurt to start up in business as a lumber merchant, then as a building contractor. His brother Balthasar followed him in 1873, shortly before the ‘Gründerkrise’, the economic crisis after foundation of the German Reich, started. In 1874 the Bornheim address book first recorded the firm as “Helfmann Brothers”.

At this time Frankfurt am Main experienced enormous new impetus to its process of industrialization. As the number of inhabitants increased, so did the demand for homes, factories and infrastructure. The Helfmann Brothers initially built houses “speculatively”—at their own risk, for sale on the open market when completed. After only a short time the firm received its first major construction order: the University of Giessen (1878-1879). Soon after, the young company branched out in different directions, as construction projects led to industrial buildings and civil engineering contracts such as sewage treatment plants. 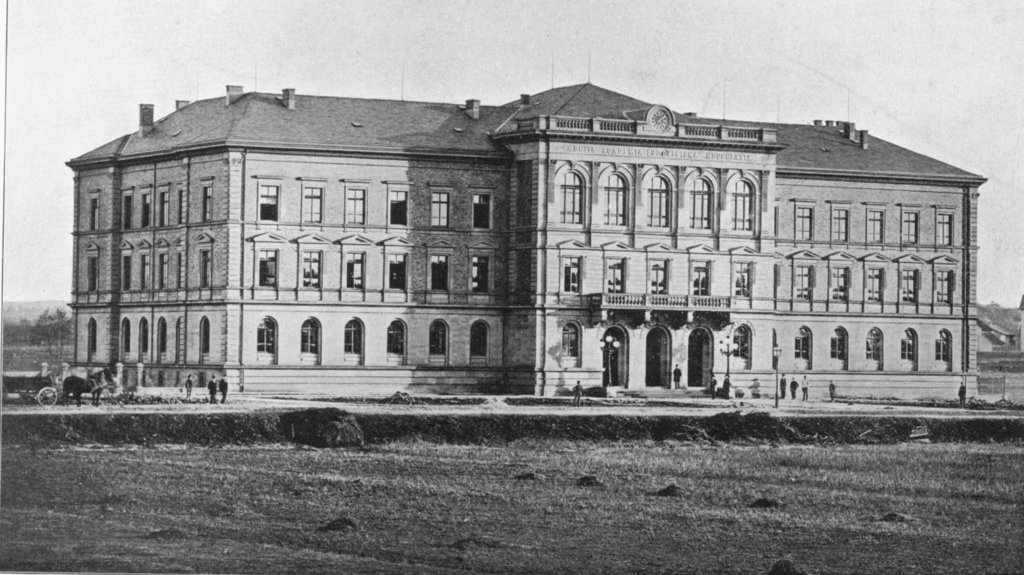 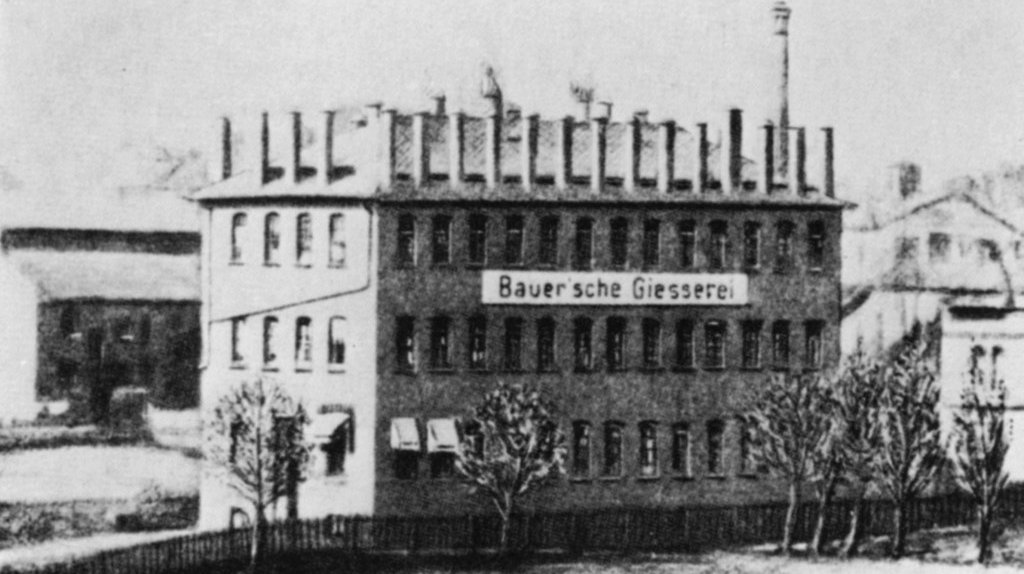 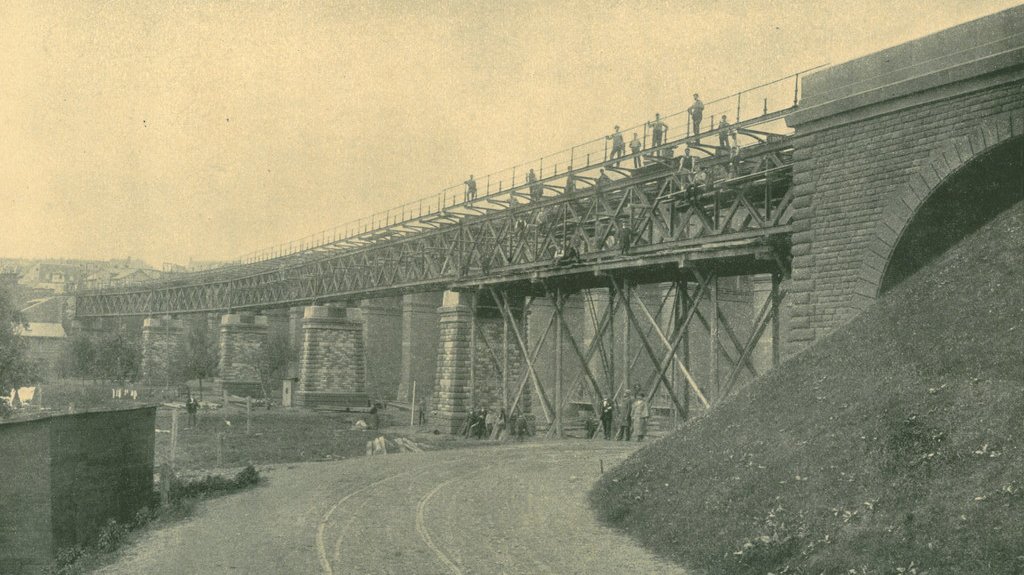 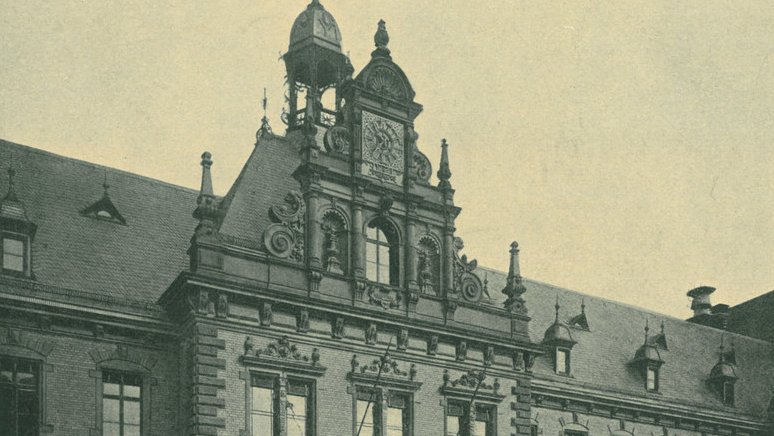 Initially, the construction projects of the company under the name of “Helfmann Brothers” were still limited to the Frankfurt area. The firm simply did not have the necessary capital to expand its business. Philipp Helfmann proved to be the more daring and perhaps also the more far-sighted of the two brothers. He initiated the conversion of the company into an Aktiengesellschaft—a publicly quoted corporation—only shortly after Balthasar passed away. It initially remained a family company, and Philipp Helfmann remained totally responsible for it up until his death in 1899.

At first still tied to the family name, the company then began its rise to become a global operator at the turn of the century. In 1899 the ‘Aktiengesellschaft’ finally receives its first major order from abroad: the Genoa grain store. 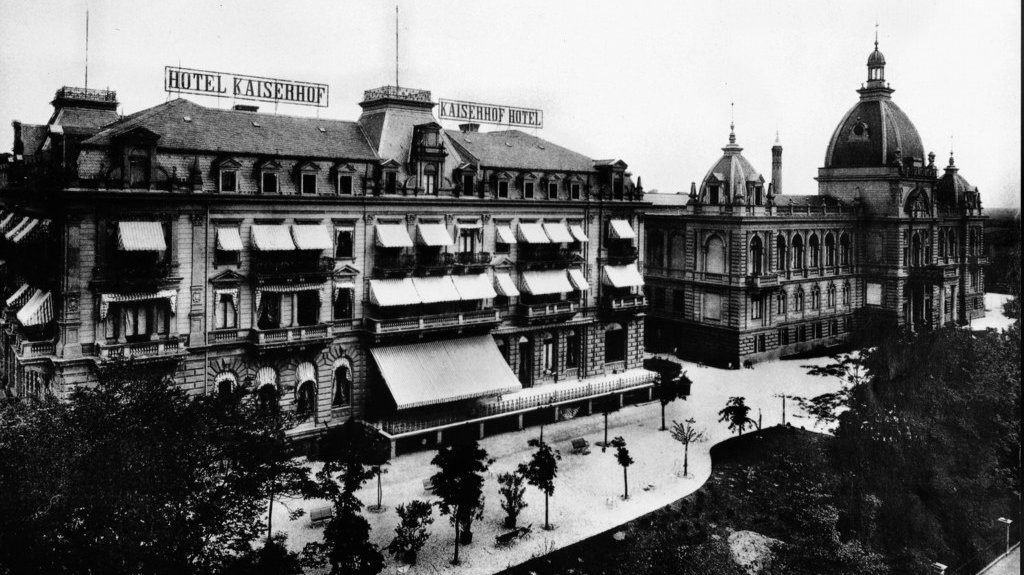 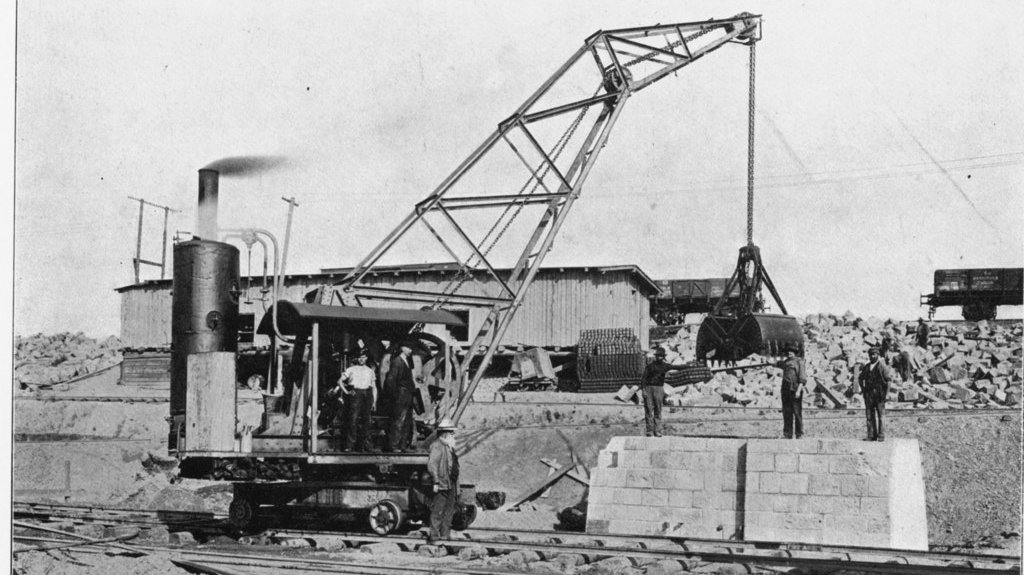 By the beginning of the 1920s HOCHTIEF had developed from its modest origins in Frankfurt into an established construction corporation, but it still could not be compared with the huge companies in heavy industry such as Thyssen or Stinnes in terms of its balance sheet total or the numbers it employed.

In 1922 HOCHTIEF itself became part of such a major corporation: The Stinnes group, which included mining companies, shipping lines and engineering companies and together with Thyssen held the majority of the shares in RWE, negotiated a contract with Eugen Vögler, who managed the HOCHTIEF branch in Essen, in 1921 to create a “community of interest” under which all Stinnes construction projects were to be carried out by HOCHTIEF. In 1922 HOCHTIEF was integrated into the Stinnes group and the company’s head office was transferred to Essen. Despite all these changes, the directors of HOCHTIEF did everything they could to ensure continuity, particularly in the choice of name. The company had officially taken the name of HOCHTIEF in 1923, or to give it is full value, “HOCHTIEF Aktiengesellschaft für Hoch- und Tiefbauten vorm. Gebrüder Helfmann”. 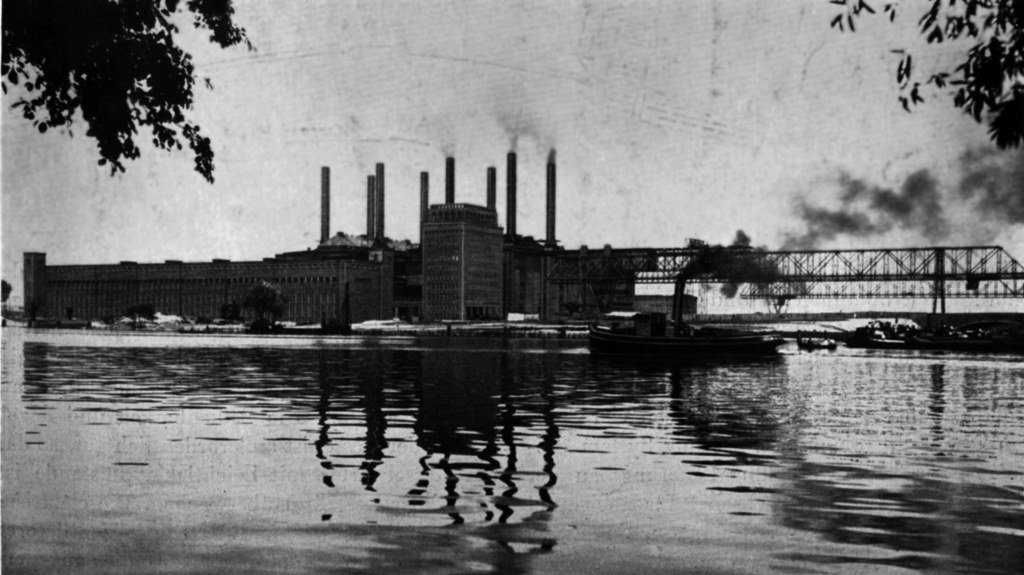 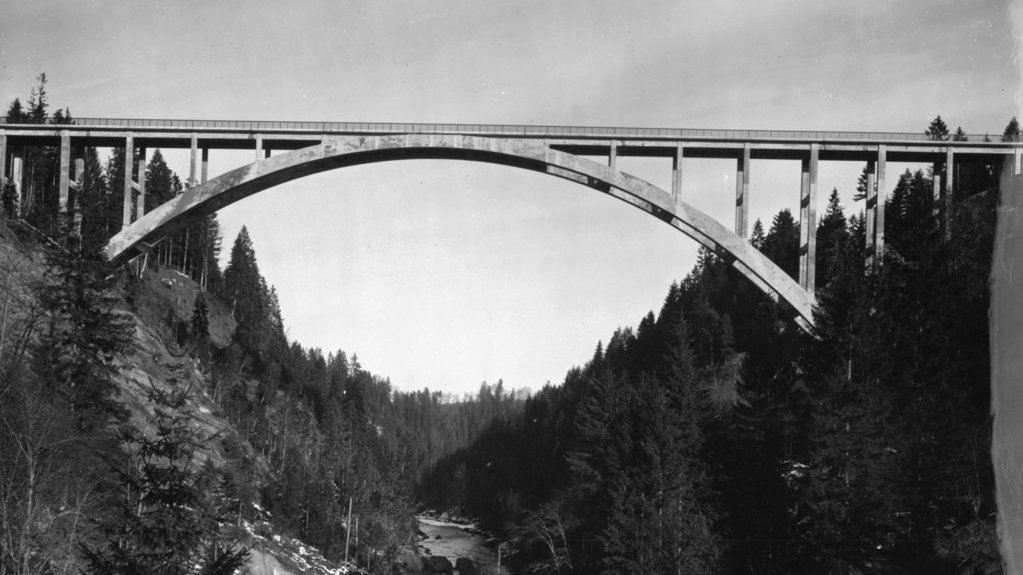 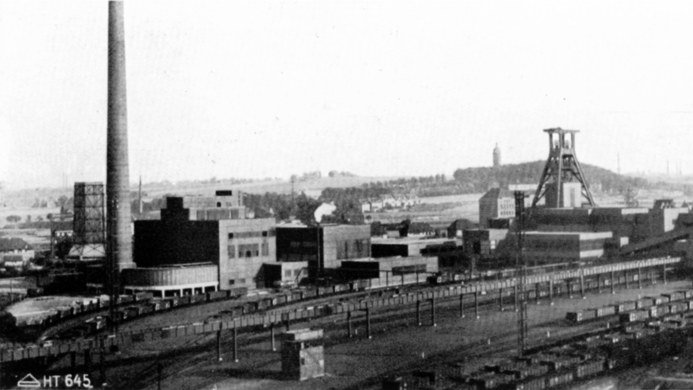 Following the economic crisis in the 1920s, the construction business received new stimulus when the National Socialists came to power. In addition to projects for the State and the Party—including the Autobahn, or super-highway, network and also the national center for Nazi Party rallies in Nuremberg—HOCHTIEF continued to raise many industrial buildings. Including new head offices for itself: In 1936 HOCHTIEF moved out of its offices at Pferdemarkt in Essen and into a new head office building in Rellinghauser Strasse.

From 1936 onwards the “Second 4-Year Plan” of the Nazi regime increasingly determined the speed of construction work. In order to be on a “war footing”, many orders were placed for military structures, industrial buildings and traffic routes. Civil construction projects for HOCHTIEF reduced as a result.

After the start of war in 1939 HOCHTIEF continued to carry out projects for the Hitler regime. HOCHTIEF also operated outside Germany, in countries that Germany had occupied and others as well: Bulgaria, Yugoslavia, Poland, Hungary, Austria and even Iran. These projects mainly involved traffic routes and sometimes industrial buildings, but HOCHTIEF also worked on “buildings for the Führer” such as his mountain retreat in the Bavarian Alps, called the Berghof, his “Wolf's lair” command headquarters in Rastenburg (Ketrzyn) and the notorious Führerbunker in Berlin. Information available indicates that HOCHTIEF also employed forced laborers from 1939/40. All detailed research results on the company’s events and actions in this period, including the roles of Executive Board and Supervisory Board, are explained at length in the Corporation Chronicles appearing in 2000 and in the “XY” position paper.

Toward the end of the war construction work came to an almost complete halt. The employees on the construction sites in Eastern Europe fled for their lives as the Soviet troops advanced.


Sense of responsibility for the company's history during Nazi period 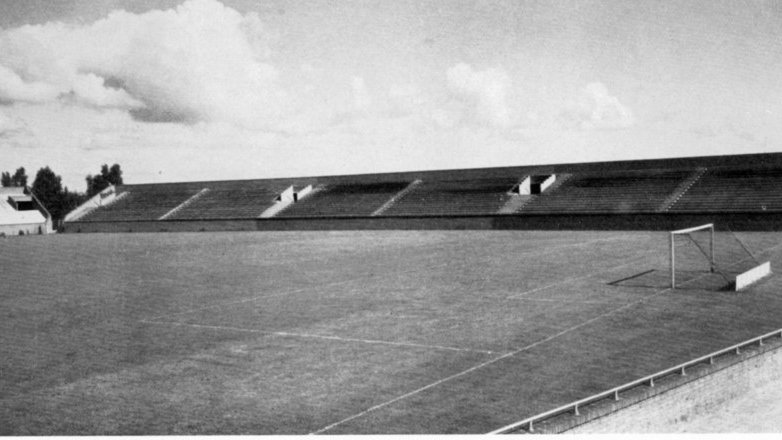 In 1945 HOCHTIEF presented a picture of destruction. The construction sites and branch operations east of the Oder-Neisse Line, which from now on was to be the frontier between Germany and Poland, all had to be abandoned: Königsberg, Danzig, Katowice and Krakow, and later also the branch operations in the Soviet occupation zone: Halle, Magdeburg and Leipzig. The CEO, Eugen Vögler, had to flee from the occupying authorities. Artur Konrad took over the management of the company until 1950, when he was succeeded by Josef Müller. Most of the HOCHTIEF branch offices had been damaged or destroyed in air raids. Much of the building machinery and tools had been stolen or were useless.

There was a universal shortage of construction material, machinery and workers that would not allow business to continue. Despite this, HOCHTIEF employees resumed work, and the first job after the war was to clear away the rubble and to make at least minimal repairs to roads and buildings.

It was not until the currency reform and the introduction of the Deutschmark in 1948 that any great improvement appeared in the order books for new buildings, but then the “economic miracle” or wartime recovery started to affect HOCHTIEF as well. Homes and factories and of course office blocks had to be built.

From 1951 the HOCHTIEF Executive Board tried to resurrect its foreign business, which had lain fallow since the war, and a start was made with the building of the Nile bridge at Mansourah in Egypt (1951-1952). HOCHTIEF also received orders from Turkey, and in 1952 work started on the construction of the Sariyar hydroelectric plant and in 1953 on the Izmir power station. In 1954 HOCHTIEF took shares in a harbor-building company in Kandla (India). 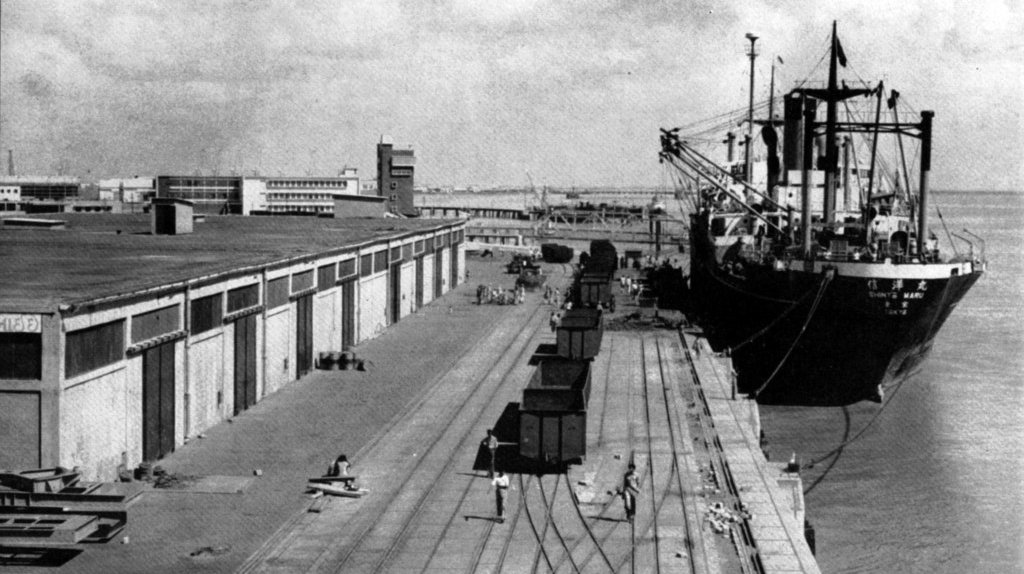 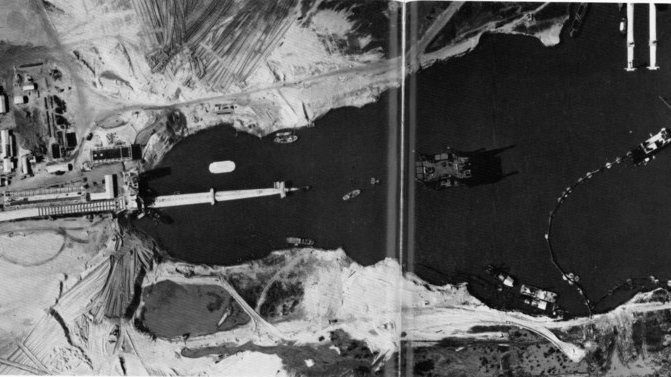 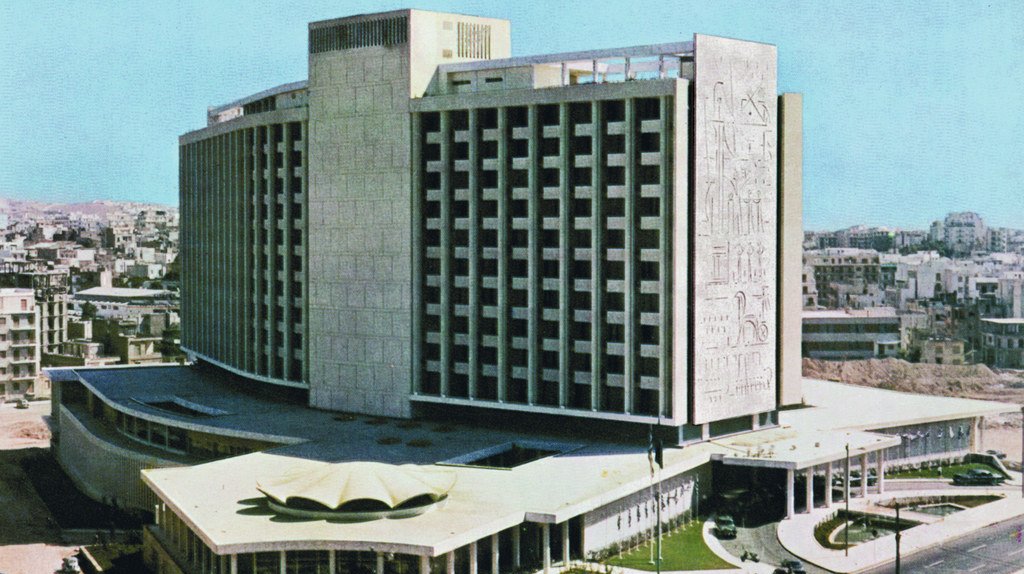 1966 - 1989
From the master-builder to the construction corporation

In 1966 the terms "concern" and "service provider" indicated that a change was taking place in HOCHTIEF. The development into a “concern”—a group of companies with consolidated accounts—was necessitated by an amendment to the Aktiengesetz, the German Act governing the structure of companies of this status, in 1965. From “master-builder” the company gradually developed into a “system leader”. The terms “turnkey projects”, “general contractor” and “service provider” now played a central role in the company’s normal course of business. This change is inextricably linked with the name of Dr Albrecht Schumann, CEO of the company from 1968-1980, and his successor, Dr Enno Vocke, CEO from 1981-1988.

The engine of positive development in this period was still the domestic German business, not least due to HOCHTIEF's strong position in the market for power station construction. The oil crisis in 1973 changed the relationship between domestic and foreign business totally and forever, the construction industry benefited from the unexpected wealth of the oil-exporting countries. HOCHTIEF received what at that time was its biggest single contract to date for the construction of Jeddah Airport in Saudi Arabia.

In 1980 foreign business for the first time contributed more than half of HOCHTIEF's total construction output before it crumbled away visibly. But HOCHTIEF managed to remain stable by expanding its domestic business. After the lean years from 1986 through 1988, HOCHTIEF started once again to report clear growth. 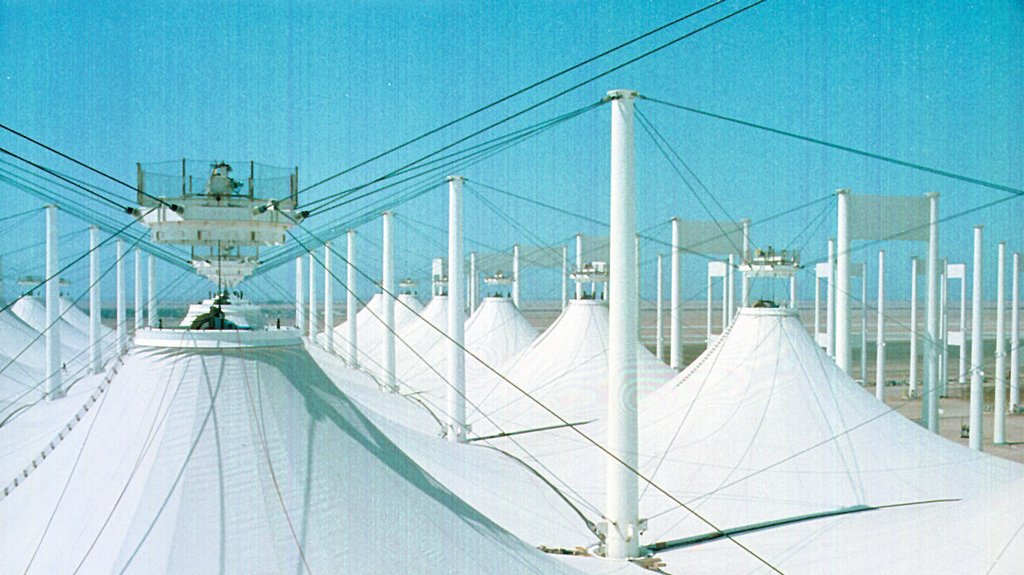 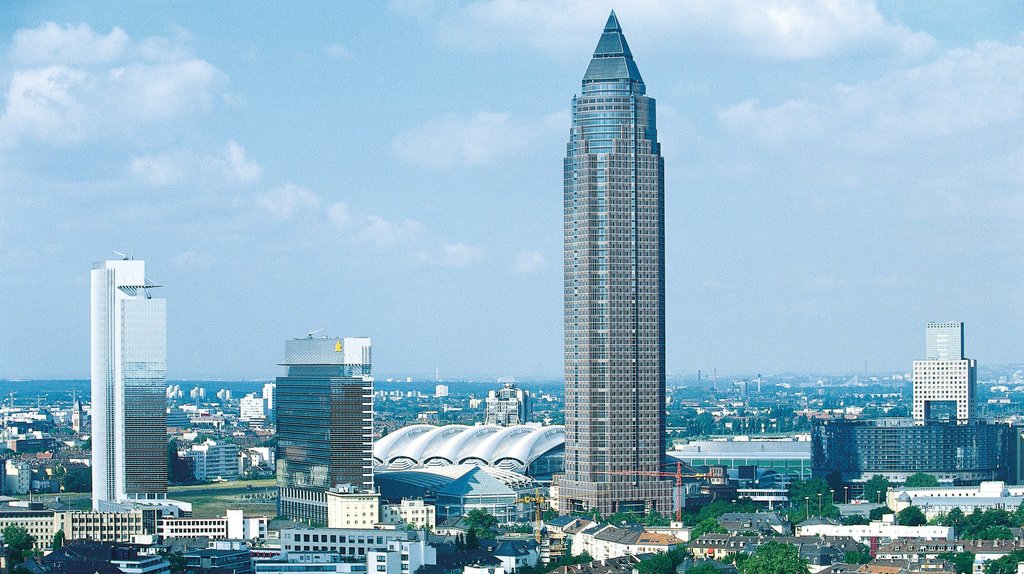 After the German reunification had initially sparked off a building boom, the German construction industry's structural problems once again became clearly evident by the mid-1990s. Dr Hans-Peter Keitel (Chairman of the HOCHTIEF Executive Board from 1992-2005) countered these problems by consistently restructuring the company. The classic construction business was to be flanked by stronger engagement in the less cyclical, long-term oriented service and concession business to cushion cyclical fluctuations. HOCHTIEF transformed itself into a construction services provider with a service portfolio which embraced development and construction, services, concessions and operation. HOCHTIEF gradually founded new companies for project development (from 1991), airport management (since 1997), facility management (since 1996), and infrastructural development and financing (2002).

At the same time, the company became more international. HOCHTIEF was no longer exporting construction services, but instead established numerous regional units locally, with preference being given to the newly opened, lucrative markets of Eastern Europe. In addition the company opened up further markets through international acquisitions. Crucial milestones in this regard were the acquisition of the Turner Corporation in the USA (100 percent since 2000) and Australia's Leighton Holdings (50.2 percent majority shareholding since 2001).

Around the turn of the millennium, HOCHTIEF set about to focus on sustainability and consequently broadened its engagement in this field. HOCHTIEF became one of the first among its competitors to publish a special sustainability report. Turner gained the leadership in green building on the US market and HOCHTIEF initiated the foundation of the DGNB (Deutsche Gesellschaft für Nachhaltiges Bauen—The German Sustainable Building Council). 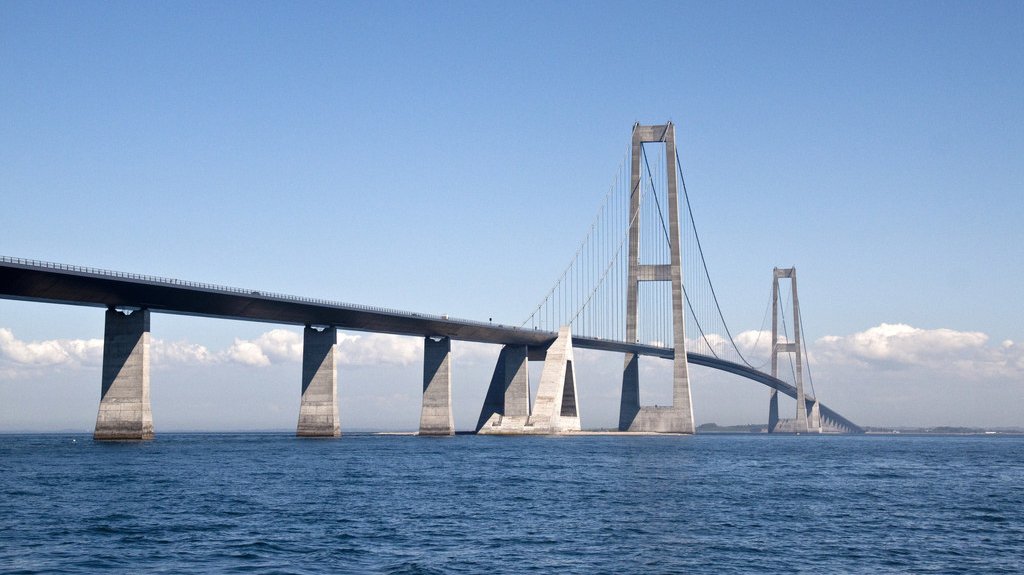 East Bridge over the Great Belt 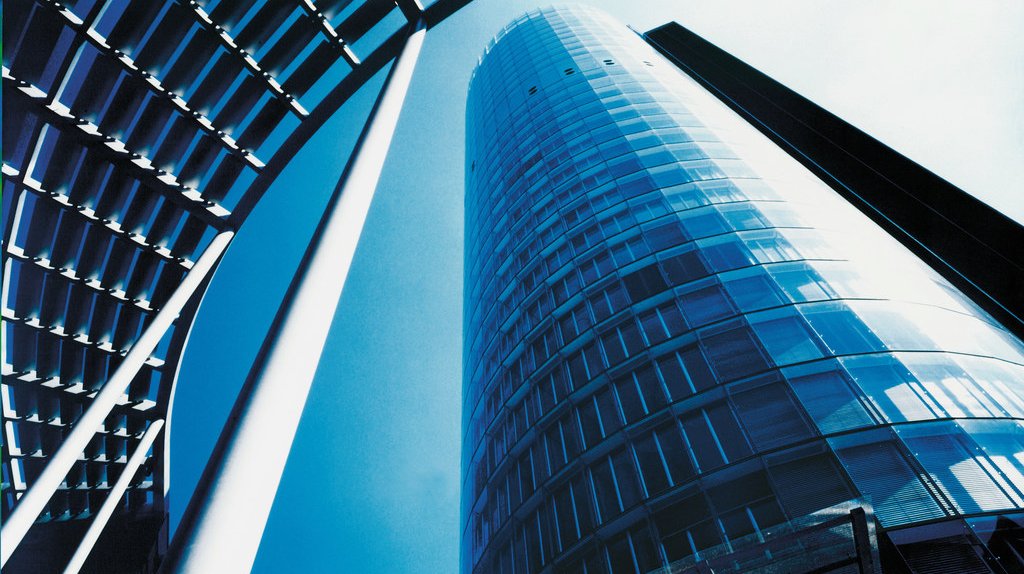 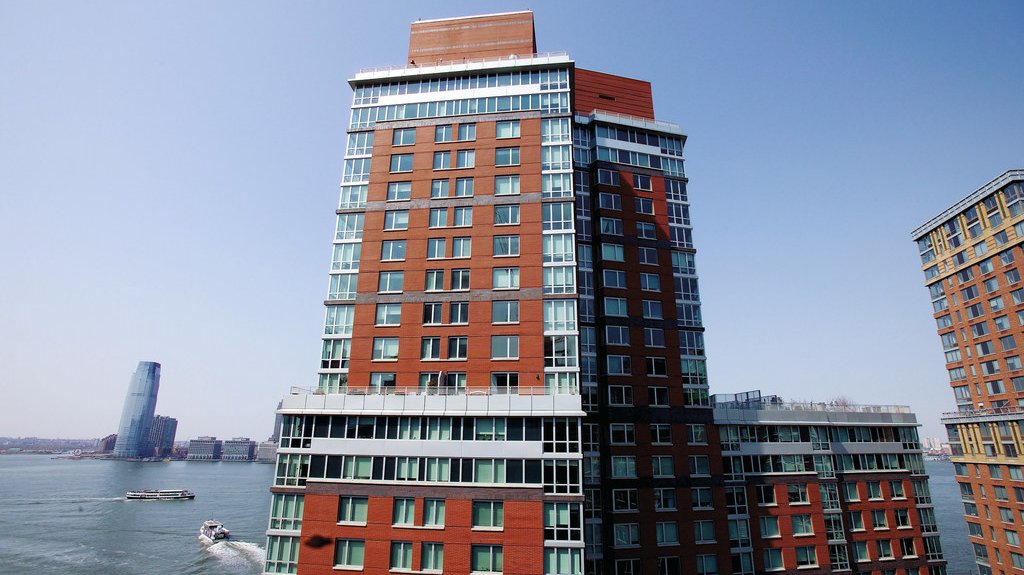 The Solaire in New York City 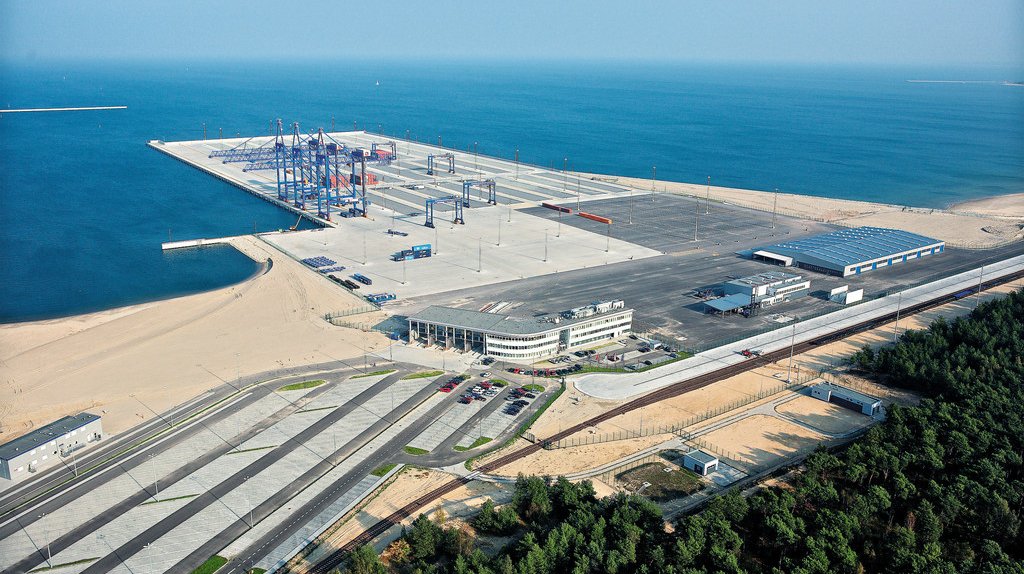 With the withdrawal of RWE as the majority shareholder in 2004, the corporate headquarters became a purely strategic management holding company with a broad distribution of shares.

HOCHTIEF continued to expand its local presence in the world's important construction markets. The civil engineering company Flatiron–one of the USA's Top Ten providers for infrastructural projects–was acquired in 2007. The acquisition of civil engineering firm E.E. Cruz (2010) and building construction company Clark Builders (2012) in the USA have strengthened the company's presence in North America.

Positioned in this way, HOCHTIEF meets the market demands and opportunities of the new millennium. HOCHTIEF benefits particularly from its experience in the attractive market for complex infrastructure projects in which it is a sought-after partner. This includes the profitable public-private partnership model.

Since early 2011, for the first time since the departure of RWE, HOCHTIEF has once again had a majority shareholder–the Spanish company ACS. In May 2011, Dr. Frank Stieler took over as CEO, before he was replaced by Marcelino Fernández Verdes in November 2012.

Under the stewardship of Mr Fernández , HOCHTIEF has undergone a process of transformation with its strategy now focused on sustainable cash-backed profit generation and an improved approach to risk management. Whilst executing a series of divestments and investments (most notably the acquisition in 2018 of a 20% stake in international toll road operator Abertis) the group has strengthened its balance sheet and further embedded its presence in its core, developed, markets. In terms of capital allocation HOCHTIEF’s strategy is focused on significantly enhancing shareholder remuneration whilst supporting the growth of its businesses which have actively incorporated ESG policies and innovation through digitalization as key group priorities.

In July 2022, Juan Santamaría Cases (*1978) succeeded Marcelino Fernández Verdes at the helm of HOCHTIEF. He most recently served as CEO of CIMIC from February 2020 until May 2022 and has been Executive Chairman of CIMIC since November 2020. Juan Santamaría Cases has been CEO of HOCHTIEF's main shareholder ACS since May 2022, where he began his career in 2002 after studying civil engineering in Madrid. 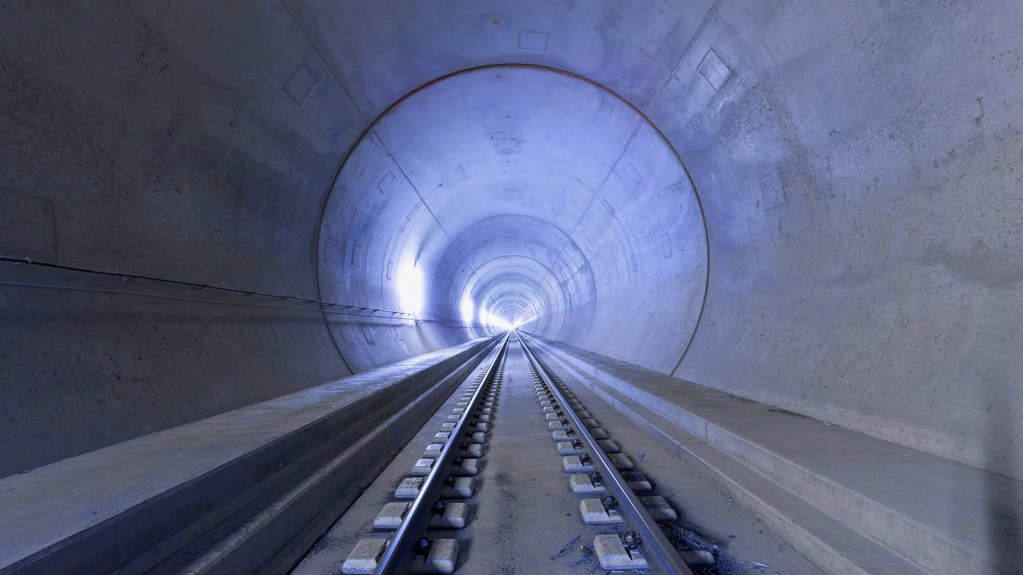 Gotthard Base Tunnel in Switzerland 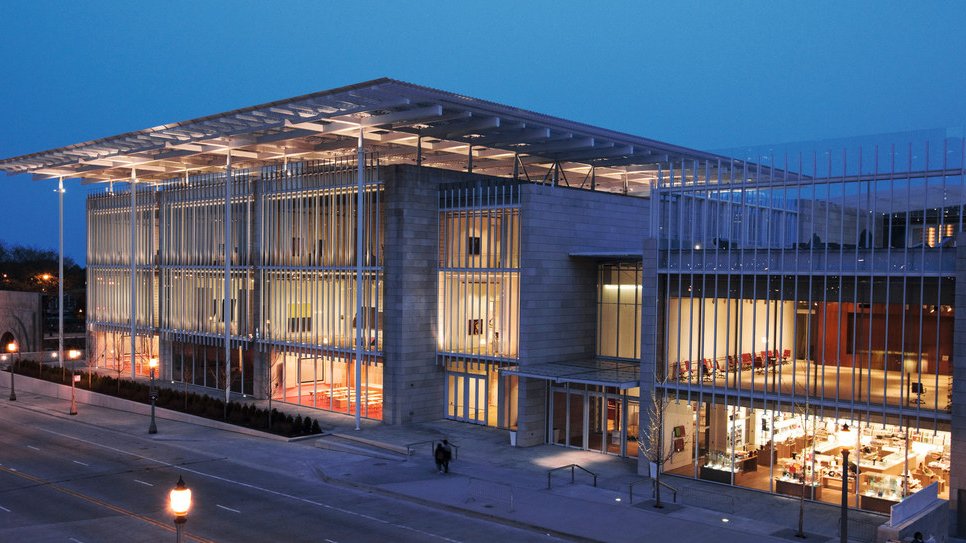 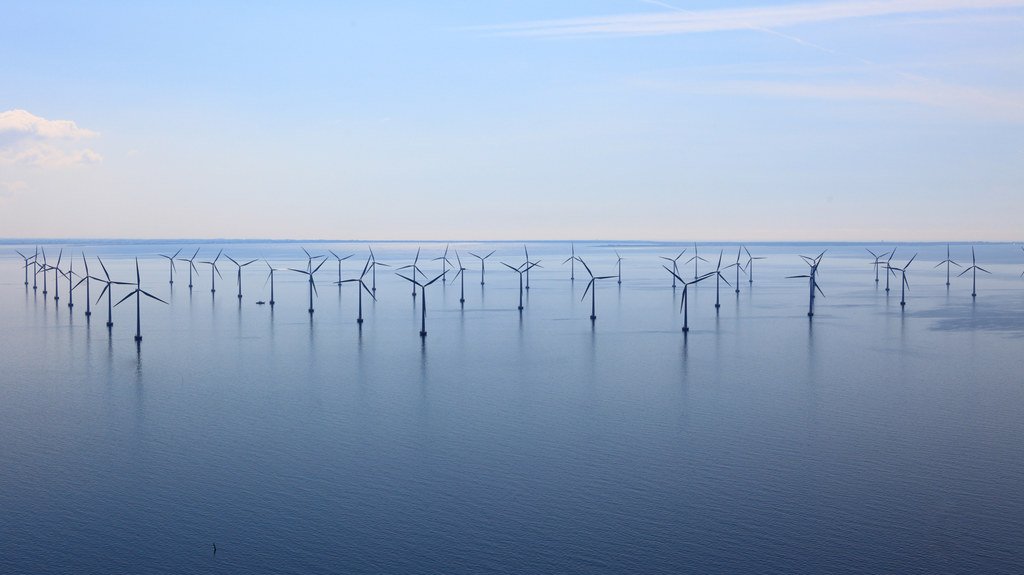 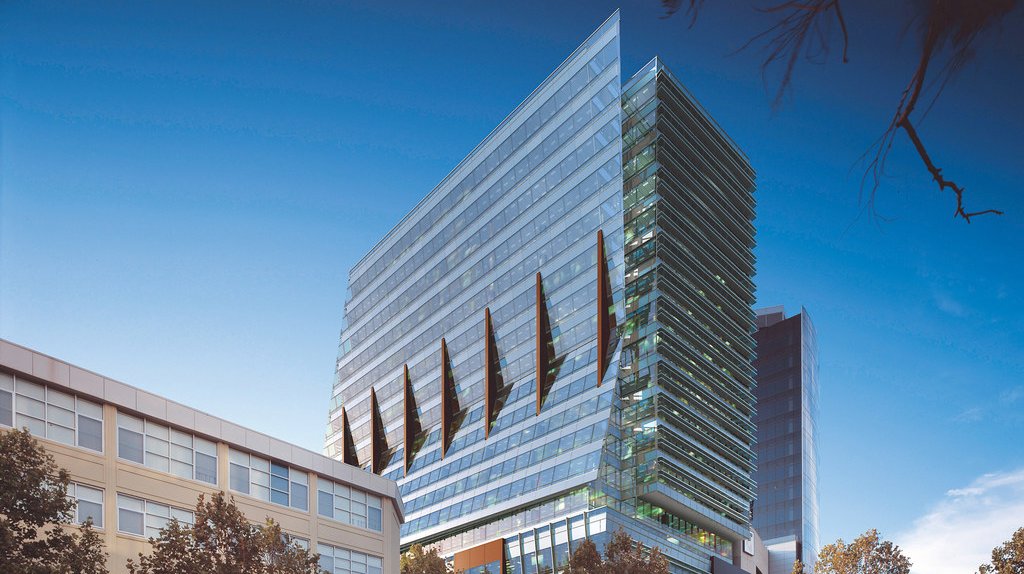 The Ark in Sydney