More than 1,000 years of European architectural history, all important stylistic eras united in one city—Prague is a unique example of how history is preserved and remains alive in the cityscape: Romanesque next to Art Nouveau, Baroque next to Cubism, Gothic next to the buildings of tomorrow. Preserving and shaping—at many places in the city, HOCHTIEF makes an essential contribution towards continuing Prague’s architectural history.

Booming economic metropolis, popular tourist destination, rapidly growing multicultural city—Sydney’s appeal poses big everyday challenges towards the infrastructure of the oldest and biggest city in Australia. The metropolis with a population of five million inhabitants and yearly 16 million visitors is according to surveys nevertheless one of the most liveable cities in the world. Because Sydney has found—with the support of HOCHTIEF subsidiary CIMIC—transport solutions that are sustainable and affordable, that optimise metro and motorways, and promote public and active transport.

The Best of Two Worlds

With the renovation, HOCHTIEF also upgraded the Opera House’s building engineering to the latest state-of-the-art: it now combines prestigious past and contemporary comfort under one roof.

„Work on the reconstruction of a monument is exciting in many aspects. One must work carefully and considerately and slowly breathe new life into the monument. At the same time I had the possibility to uncover the craftsmanship and skills of fellow builders, who built it many years ago. It is an unforgettable experience and interesting to know that perhaps many years from now someone will look at my work this way, too,” says bricklayer Radek Sumerauer.

There is scarcely a transportation route in the Czech Republic that attracts as much attention as the Negrelli Viaduct, which is named after its builder: After the famous Charles Bridge, it is Prague’s second oldest bridge, and until 1910 it was even Europe’s longest bridge. Nowadays it is the third longest bridge in the Czech Republic and the longest railroad bridge in Central Europe. The historic structure, which impresses through its enormous size and engineering prowess, is currently being restored by HOCHTIEF. This involves separating it into individual parts, and then putting it back together like a giant 3D puzzle. This presents the following special challenge: Creating something new but retaining old elements.

If a historic structure is to be preserved and made fit for the future, every detail counts. HOCHTIEF project specialist Linda Černá Vydrová reports about this in an interview.

It was once a residential home for poor young aristocrats, but today it is the seat of government of the Czech Republic: Straka Academy, named after its founder, Count Jan Petr Straka. The Neo-baroque palace, which majestically towers over the River Vltava, was already famous for its luxurious interior fittings when it opened in 1896. For instance, it was the first building in Prague which had central heating. In three years’ construction time, HOCHTIEF renovated the imposing building and made it fit for today’s tasks.

High above the old city of Prague, the Vítkov National Monument is perched on the top of a hill. It was built in the 1930s and pays tribute to the military leader Jan Žižka, who defeated the German King Sigismund at this place in 1420. With a height of nine meters, his equestrian sculpture ranks amongst the biggest bronze statues in the world. Since its restoration by HOCHTIEF CZ, the national monument is once again a popular destination for the local population and tourists.

A National Monument—Back Then and Today

Wenceslas Square–the square which actually isn’t square: With a length of 750 meters and breadth of 60 meters it is more reminiscent of a huge street. Built in the 14th century, it originally served as a place for horse trading. During the “Prague Spring” in 1968, tanks of the then Soviet Union rolled across it. Its current development structure generally emerged at the beginning of the 20th century. Now Wenceslas Square is being redesigned: Historic elements are being preserved and plenty of space is being created for pedestrians. HOCHTIEF has taken over the renovation of the Prague residents’ favorite square.

Through the construction of the 5.5-kilometer-long Blanka Tunnel, urban traffic in Prague, particularly in the historic town center, is to be considerably relieved and damaging environmental impacts are to be reduced. Together with partners HOCHTIEF implemented the construction of Europe’s longest city tunnel, and hence the biggest transportation project in Prague, in eight years’ construction time.

The huge Blanka Tunnel Complex also passes underneath the River Vltava and includes a total of three tunnels: Brusnický, Dejvický and Bubenečský. They link Prague Castle in the west with the northeast of the city.

Under the River Vltava

Almost 100,000 vehicles drive through here each day. This relieves the notorious traffic congestion in the town center.

„The Blanka tunnel is one of the biggest and most complex projects realized on the territory of Prague. Work on this project was demanding, yet interesting, because in a very short time it was necessary to renew the surface above the cut-and-cover tunnels and to deal with unstable ground conditions in bored tunnels. I’m glad I had the opportunity to work on this project,” says Marian Faktor, the site manager for HOCHTIEF CZ.

Back to the Future by Rail

In the classic cityscape of Prague, the station Střížkov appears like a spaceship. Its suspended glass roof and the glazed facade capture sunlight and direct it into the interior.

HOCHTIEF managed the reconstructions to the old Muzeum station of Line A during ongoing operation.

Prague is growing, and hence also the requirements placed on its infrastructure—this requires contemporary solutions. One of these is the major water treatment plant on an island in the River Vltava in the Northern urban district of Troja. It is one of HOCHTIEF’s biggest construction projects in Prague: it is built mainly underground as well as planted with an expansive green area above ground. This approach is designed to preserve the green river landscape.

Instead of spoiling the river landscape with high steel-reinforced constructions to protect the facility against flooding, all containers were located underground and covered to make them watertight. 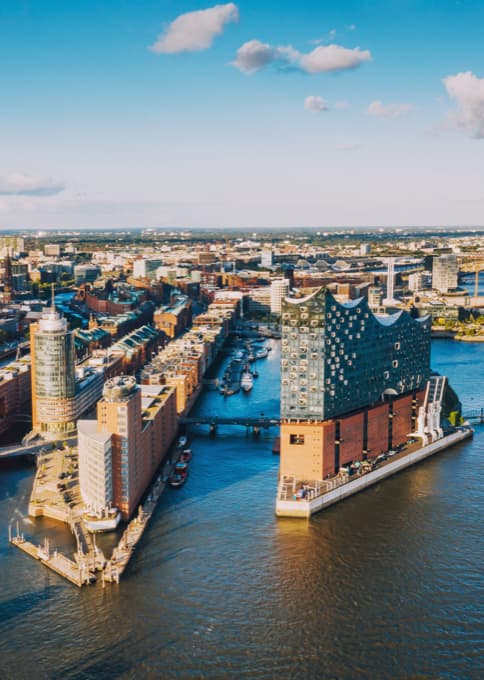 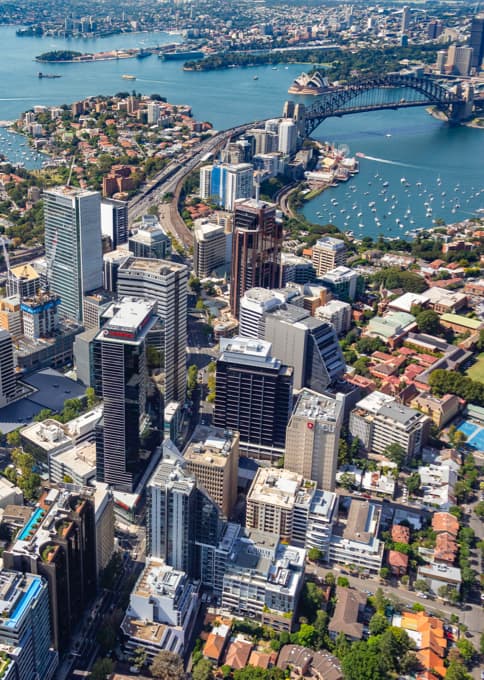