Four steps to cross the river

Bridge construction means perfect planning, precise and safe execution, and fast logistics. On and above the water, this is a special adventure. At the beginning of 2020, the starting signal was given for the construction of the new Rhine bridge on the A 40 in Duisburg. With a distance of 380 meters between the pylons on both sides of the Rhine, the new bridge will be Germany's longest-span cable-stayed bridge. 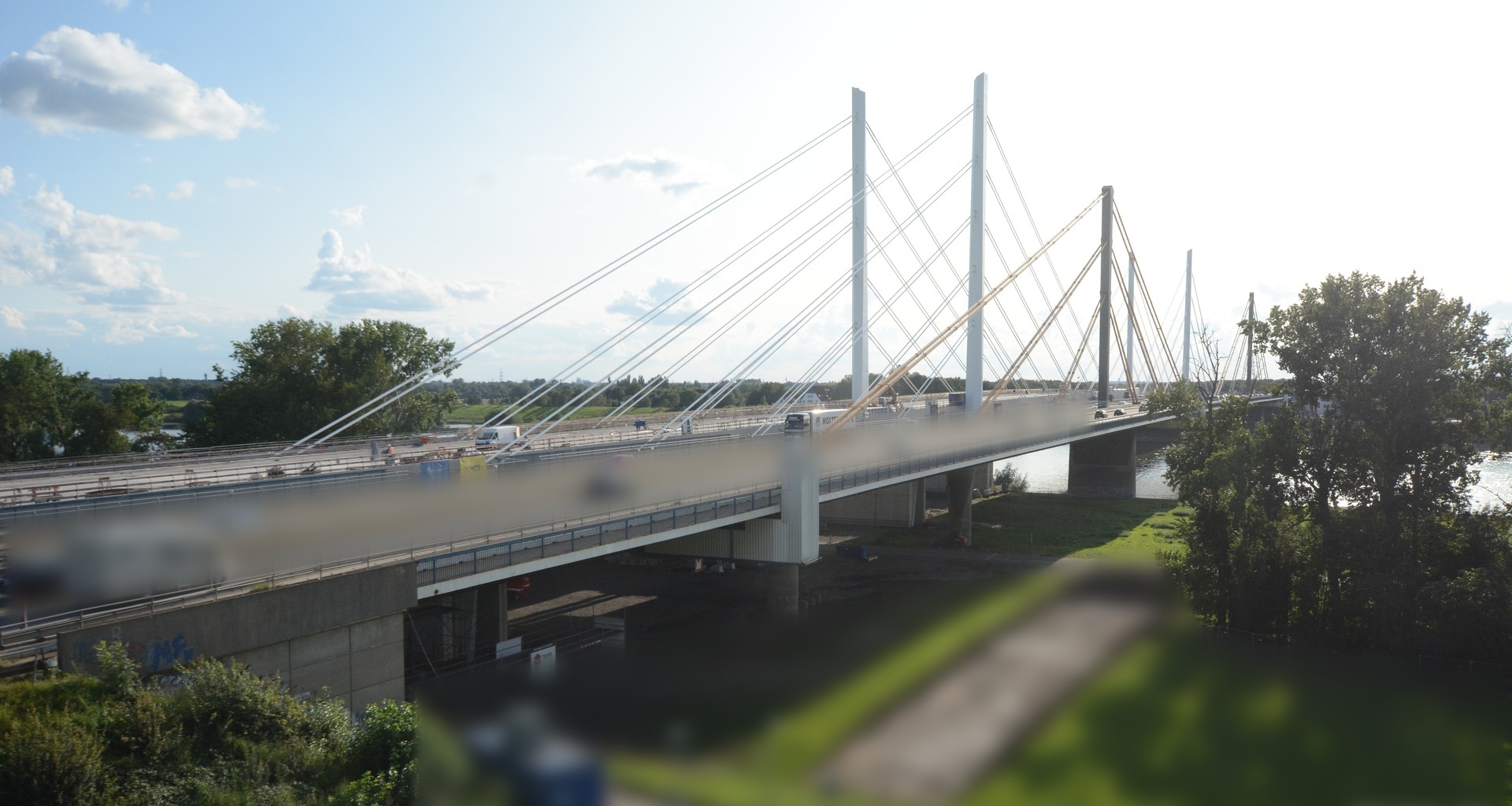 Western part - view to the west

Western part - view to the east 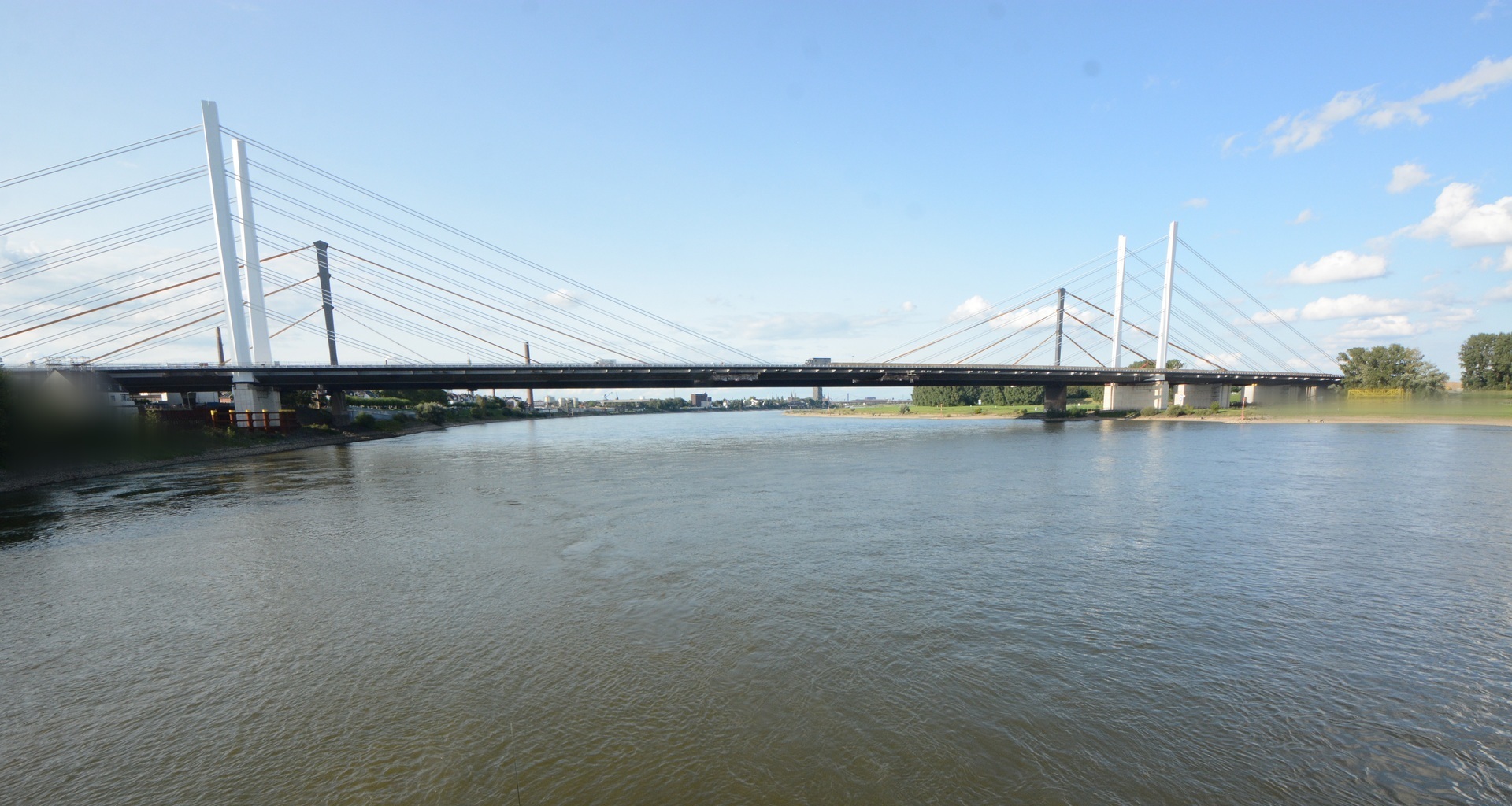 Eastern part - view to the west 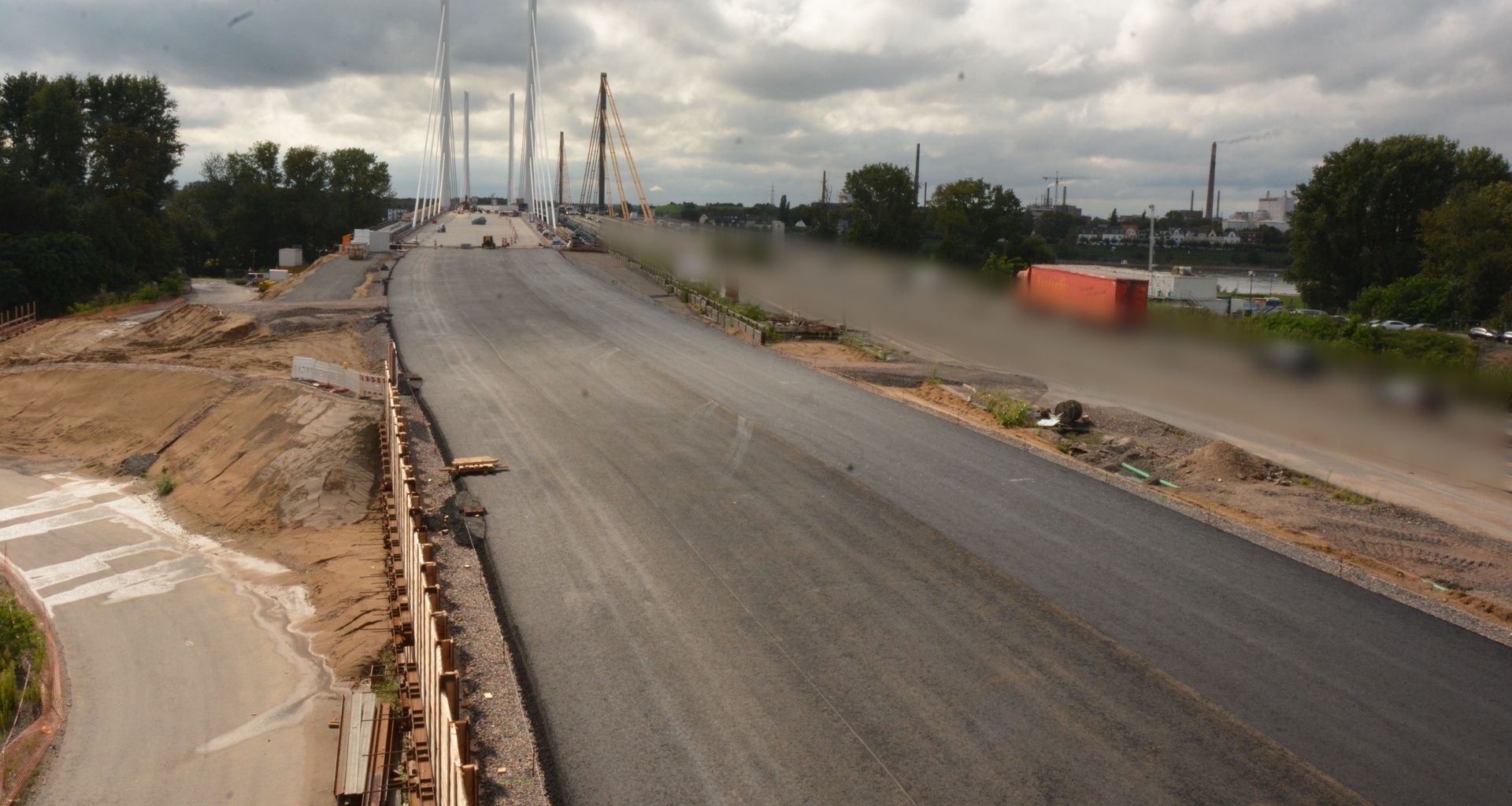 Eastern part - view to the east

The bridge in numbers

tons is the weight of the bridge

The construction process in detail

Construction works are carried out simultaneously on both sides of the Rhine. The substructure of the bridge is made up of concrete abutments and piers. The steel superstructure is shifted longitudinally on the substructure in the direction of the Rhine. After the longitudinal shifting process, pylons are erected and steel cables are tensioned, which then hold the bridge sections projecting over the river. Further gigantic steel sections are transported over the already completed sections and installed piece by piece in front of them until both parts of the bridge meet each other halfway over the river and are connected to each other. Finally, the roadway is placed on top.

Bridge construction of this dimension is a masterpiece of planning and logistics.

Construction of the Südstrombrücke (Southern Bridge)

Before the old Rhine bridge can be dismantled, a new one must be built. After all, traffic has to keep flowing. In 2023, traffic will then be directed to the new Südstrombrücke.

The existing bridge can now be dismantled without stopping shipping on the Rhine. It’s a risky project, because the bridge’s poor condition makes planning difficult. HOCHTIEF is playing it safe and using additional stay cables during the demolition work.

Construction of the Nordstrombrücke (Northern Bridge)

The second new bridge will be erected once the existing bridge is out of the way. The procedure corresponds to that for the construction of the Südstrombrücke. After the work is finished, traffic will be diverted onto the Nordstrombrücke.

Transverse shift of the Südstrombrücke

In a spectacular final act, the Südstrombrücke will be moved sideways by 14.4 meters to ensure a perfect connection to the highway again. A complete cable-stayed bridge has never before been moved in this form. Once the bridge has been moved into place, it will be possible to complete the eight-lane Rhine crossing.

Powerful performance on the Rhine.

Further data, facts and background information on the project can be found on our client's website. (German only)