As the leader of a joint venture HOCHTIEF realized the new construction of the Rethe bascule bridge in Hamburg. As the main road connection of the inner harbor area to the South, the bridge is one of the most important infrastructure projects in the harbor of the Hanseatic city. The old lifting bridge, which dates from 1934, had become outdated and was no longer capable of coping with increasing traffic volumes. The new bridge’s folding technology allows a better flow of shipping as well as road and rail traffic. Also local companies that handle goods for the bulk material ships can also be more easily reached thanks to the unlimited clearance height and the wider horizontal clearance of the bridge.

The double-section, two-wing bascule bridge made of steel has a span of 104.2 meters between the pivot bearings, making it one of Europe’s largest bascule bridges. Its railway bridge is the biggest of its kind in Europe.

The walls of the construction pit were already built in an environmentally compatible drilling process from the water. During this process we maintained the ongoing traffic on the road, rail and in the water. The Rethe bascule bridge was built parallel to the existing old bridge. Apart from refurbishment and upgrading and construction work during ongoing operations, the particular challenges included the narrow spaces involved, working in a tidal zone and the seasonal guarantee of flood protection.

The new Rethe bridge, including the connecting roads and railways on both sides, was handed over as a turnkey facility to Hamburg Port Authority (HPA). It spans a 64 meter wide shipping channel and have a total of four lanes for road traffic and one line for rail traffic. According to current plans, more than 7,000 trucks and passenger cars pass through this transport hub in Hamburg Harbor every day. Furthermore, 30 goods trains and approximately 40 ships pass through daily. 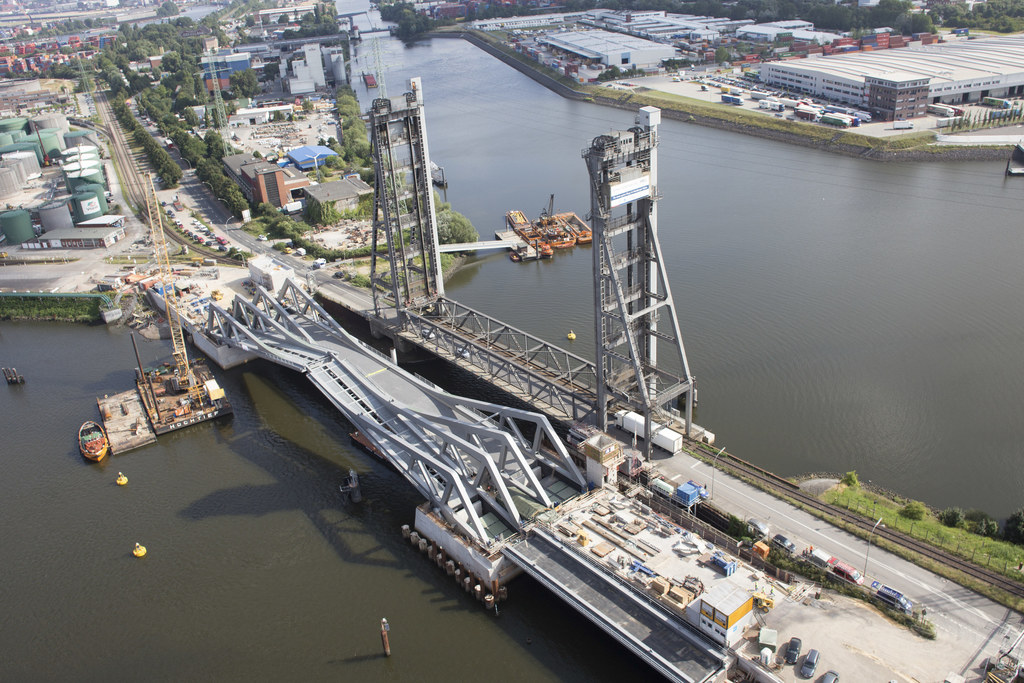 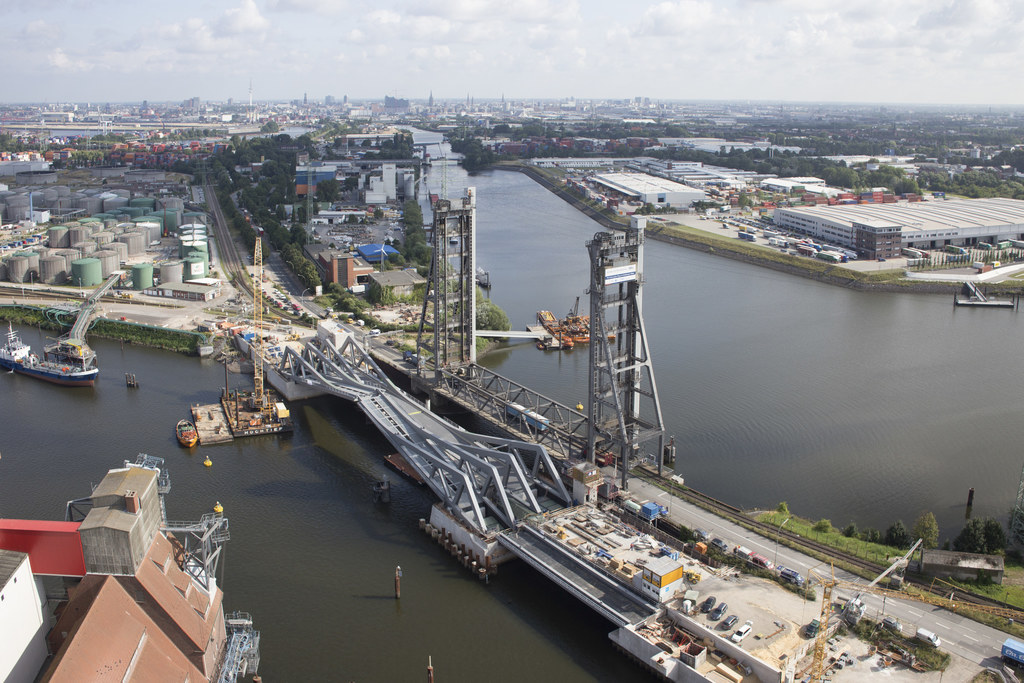 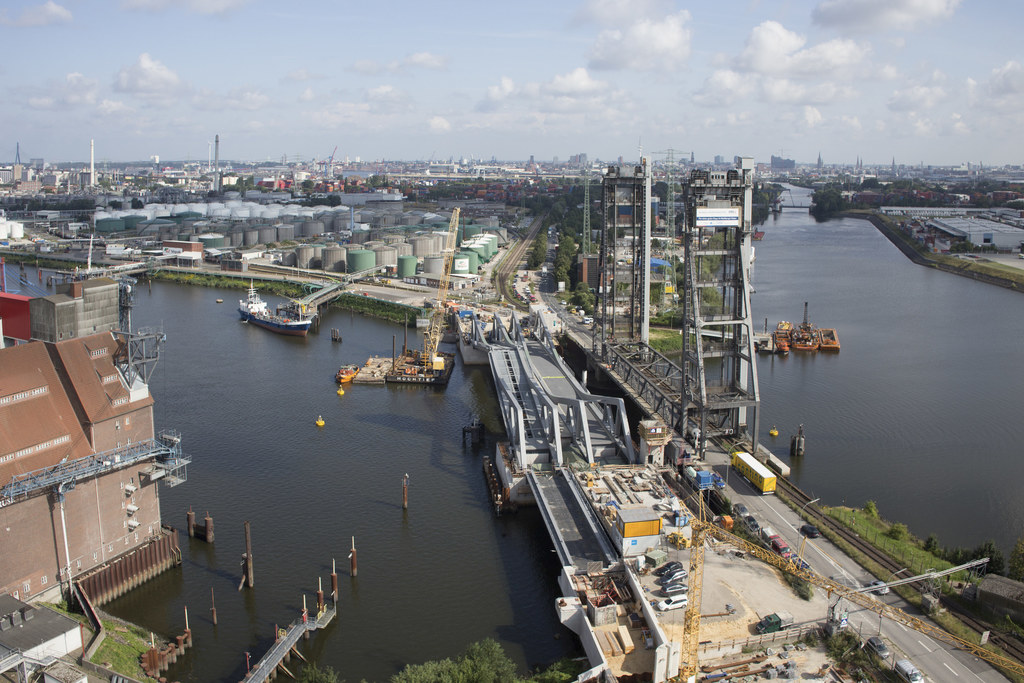 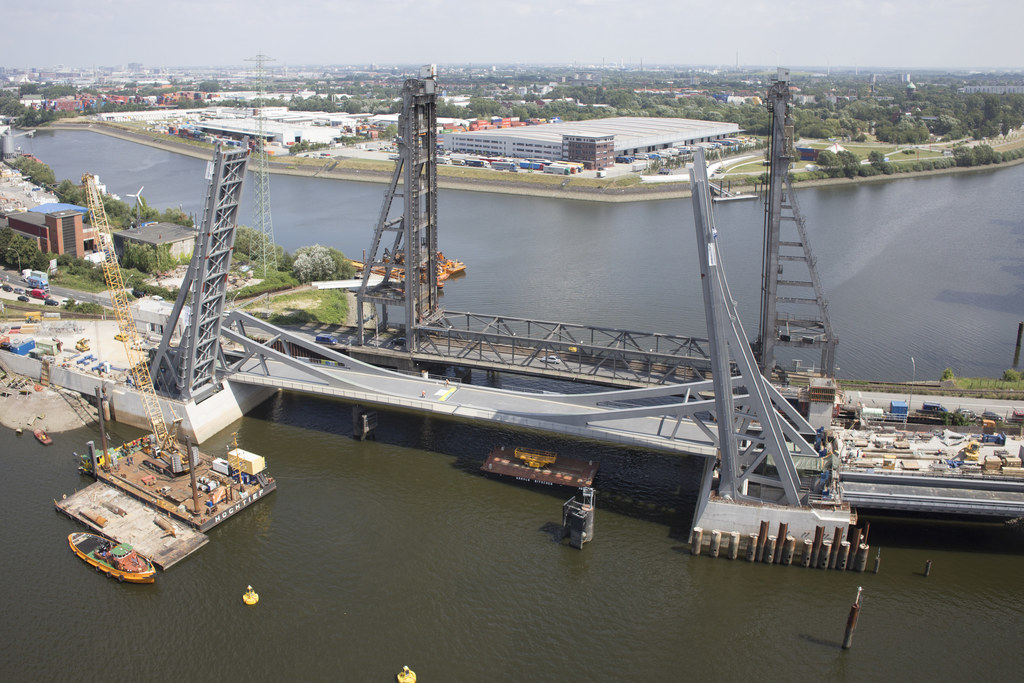 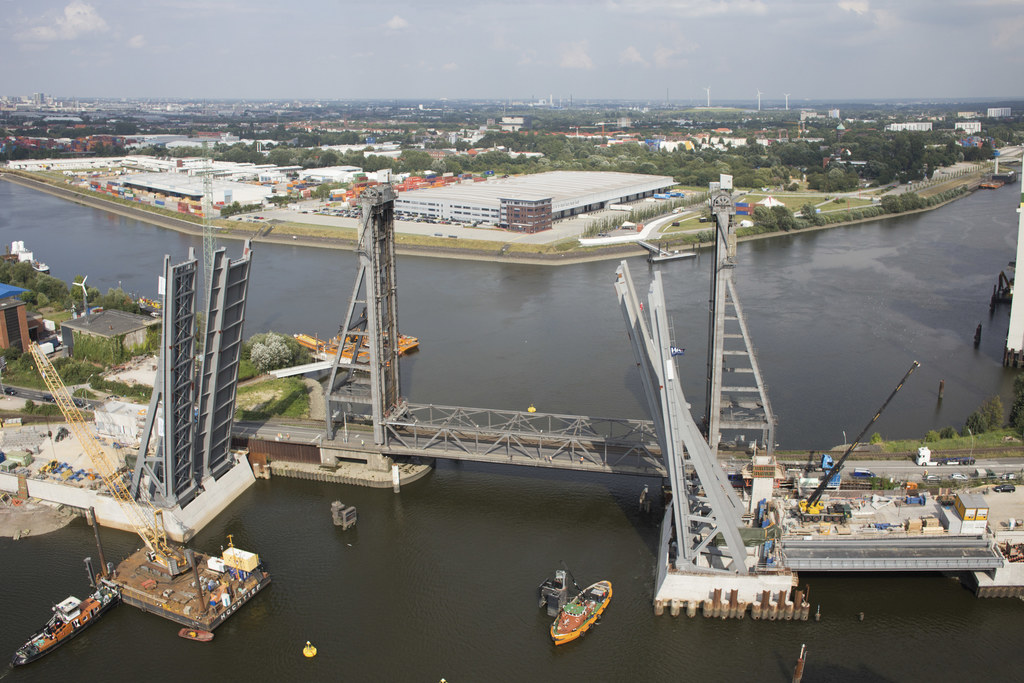 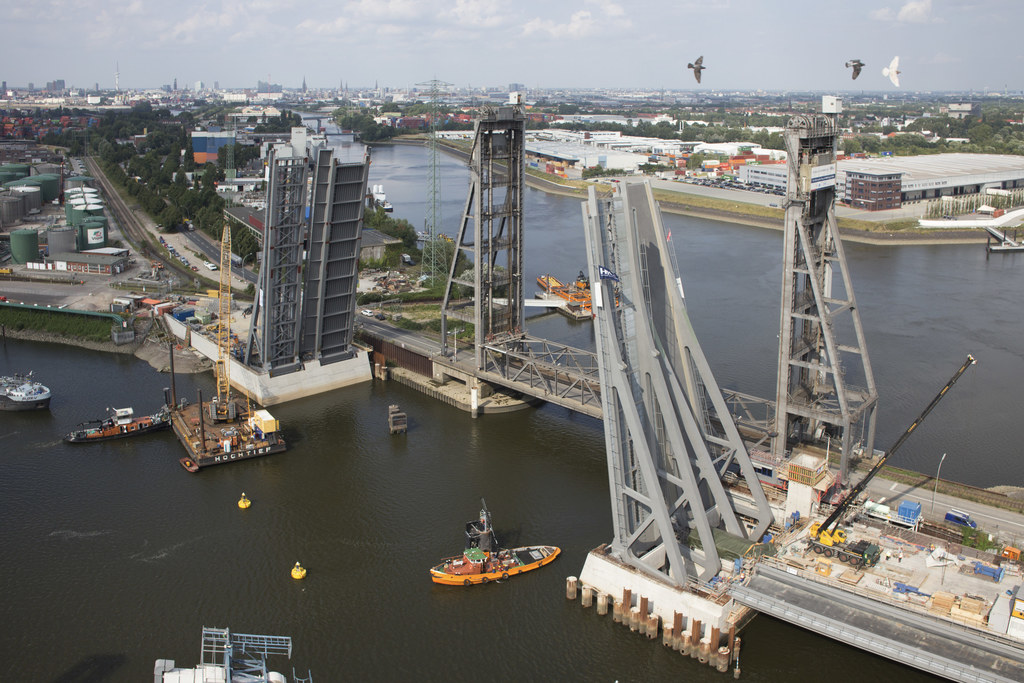 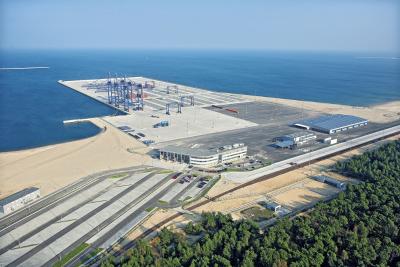 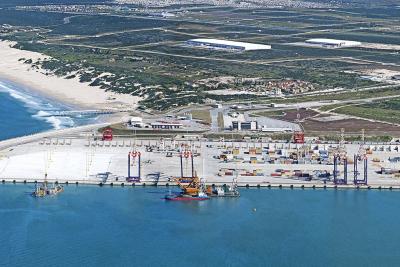 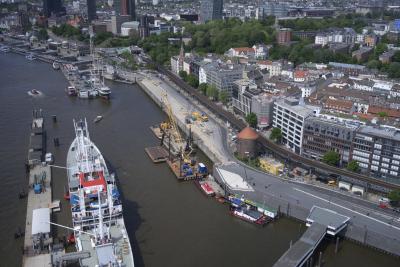