HOCHTIEF has delivered a robust performance during the first six months of 2019 with a solid increase in the Group’s profits, sales and order book, compared with a year ago, accompanied by an increase in net cash from operating activities.

Sales in the January to June 2019 period increased to EUR 12.0 billion, or 4%, year on year, adjusting for movements in foreign exchange. In nominal terms sales were 7% higher. HOCHTIEF’s operational PBT margin was steady at 4.2% of sales.

“We have increased sales by over EUR 800 million in the first six months of 2019. The greater proportion of our activities coming from our construction management, services and concessions including Abertis is driving an improved risk profile and enhancing the visibility of our profits and cash flow”, said CEO Marcelino Fernández Verdes.

First half net cash from operating activities of EUR 414 million was EUR 56 million higher year on year. Considering the last twelve month period, to eliminate the impact of seasonality, HOCHTIEF has generated a strong level of net cash from operating activities of over EUR 1.6 billion. This reflects both continued growth in cash-backed profits and further cash inflow from working capital.

As a consequence of the Group’s solid cash generation, HOCHTIEF ended June 2019 with a net cash position of EUR 1.3 billion, with all three divisions increasing their net cash position compared with June 2018. The Group’s net cash level is after the EUR 494 million net investment in the 20% Abertis stake in 2018.

A strong level of new orders, EUR 14.6 billion, has been secured in the first half of 2019, an increase of EUR 1.7 billion year on year, or 10% f/x-adjusted. The disciplined bidding approach, across the Group’s geographical footprint, remains a priority for all HOCHTIEF-teams.

One of the most significant new orders received in the second quarter was the large-scale Cross River Rail PPP project in Brisbane, which involves several CIMIC companies. Flatiron has also taken on a rail contract—the Redlands Passenger Rail project in California. Elsewhere in North America, Turner has been awarded the redevelopment of the 2 Penn Plaza building in New York whilst in Germany, HOCHTIEF is responsible for the Heinrich Campus office building in Düsseldorf.

The June 2019 order book of EUR 49.4 billion shows sustained growth and has increased by EUR 3.8 billion year on year, or 9% on an exchange rate adjusted basis (nominal +8%).

HOCHTIEF´s local teams have identified a project tender pipeline worth approaching the EUR 600 billion level of relevant projects coming to our markets in North America, Asia-Pacific and Europe for the remainder of 2019 and beyond. The company´s strong position in developed PPP markets is reflected in the PPP project pipeline the Group has identified and which stands at EUR 230 billion.

Group Outlook
As a consequence of the positive Group outlook, HOCHTIEF continues to expect an operational net profit in 2019 in the range of EUR 640–680 million compared with EUR 523 million in 2018. This represents an increase of 22 to 30% with all divisions driving this further improvement in the Group performance in addition to the significant contribution expected from the investment in Abertis. “As we move into the second half of the year, which tends to be stronger due to sector seasonality, we are on track to achieve our FY 2019 guidance – backed by a solid order book and the positive outlook for our three divisions”, said CEO Marcelino Fernández Verdes. 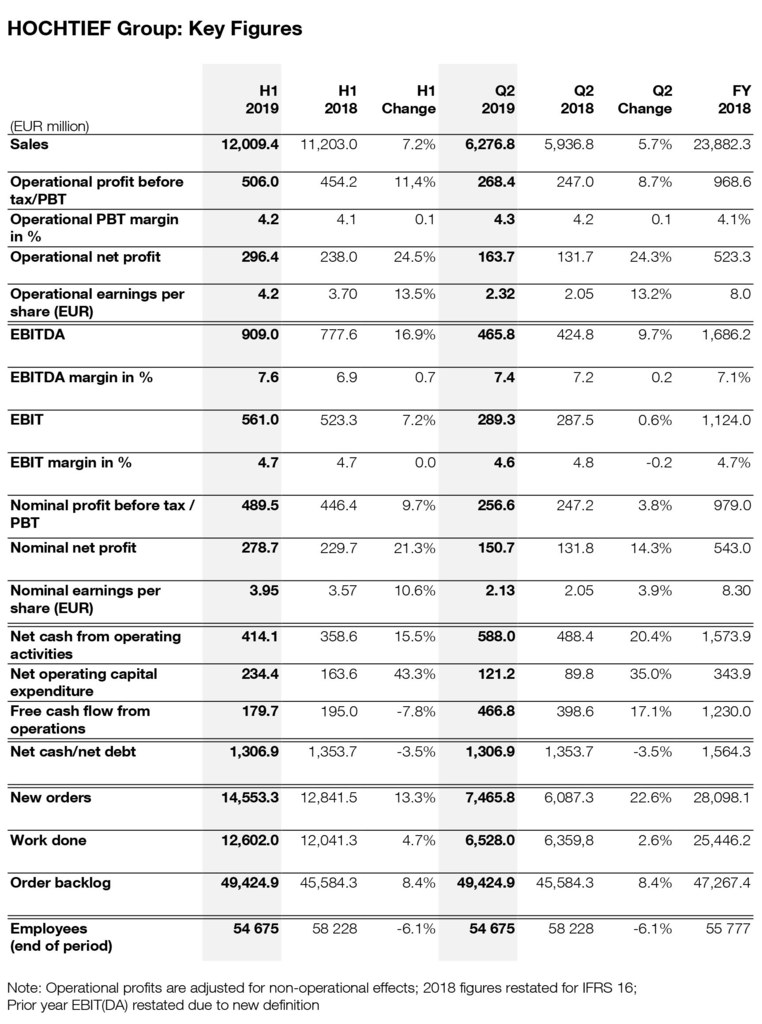 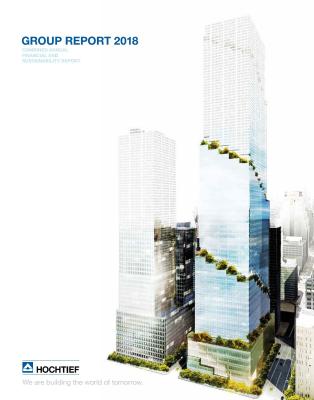