Increasingly mobile societies need increasingly sophisticated and efficient transportation concepts with appropriate infrastructure. This includes roads, bridges and tunnels as much as sea ports, rail lines and airports. HOCHTIEF has great expertise here in the global market. In Europe, we are among the renowned providers of complex infrastructure projects. In Australia, our subsidiary CIMIC is a leading player, while our subsidiary Flatiron with its civil engineering know-how specializes in the same field in the USA.

HOCHTIEF supports transportation projects far beyond the construction phase. We also plan, develop and operate an increasing number of infrastructure projects. Clients benefit here from innovative proposals and our end-to-end consideration of the project–it ensures that use and mainenance are already taken into account in the planning phase.

To avoid, say, congestion and disruptions to the greatest extent possible, HOCHTIEF consistently refines the traffic control systems used in its own PPP projects. Our subsidiaries Flatiron and CIMIC have also already been involved in implementing successful transportation infrastructure projects handled in public-private partnerships. 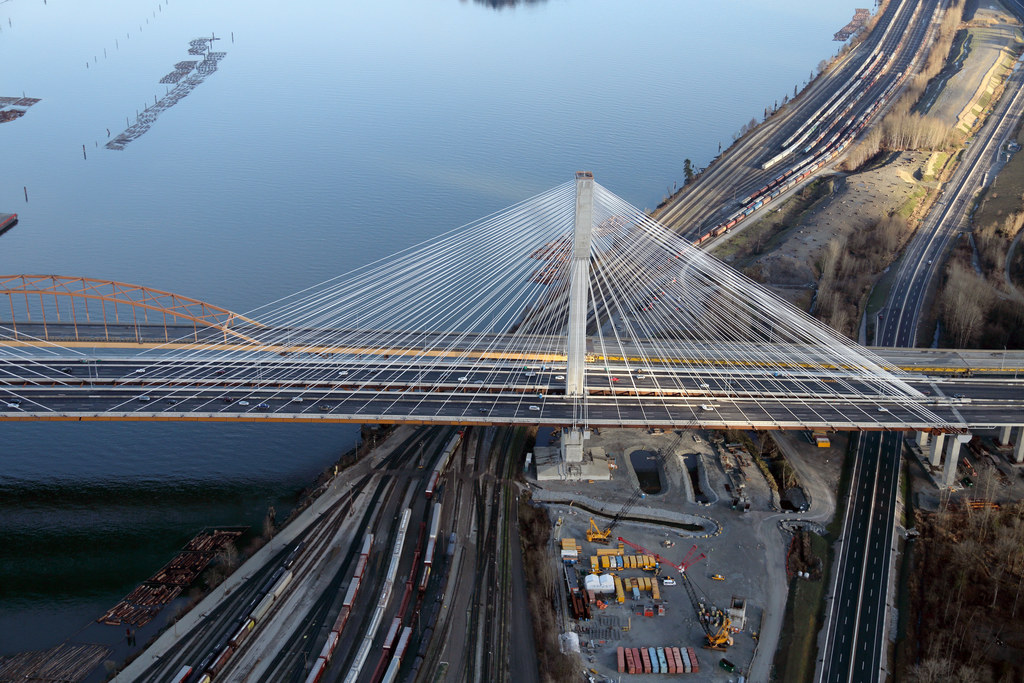 HOCHTIEF US subsidiary Flatiron was part of a joint venture team that built the new Port Mann Bridge in Vancouver between 2009 and 2013. The cablestayed bridge increases the Fraser River crossing’s capacity from five to ten lanes and reduces average travel times by 30 percent. In addition to the bridge itself, work also included upgrading a good 37 kilometers of Highway 1 on each side of the river. The new bridge will be financed by tolls.

More on bridges by Flatiron 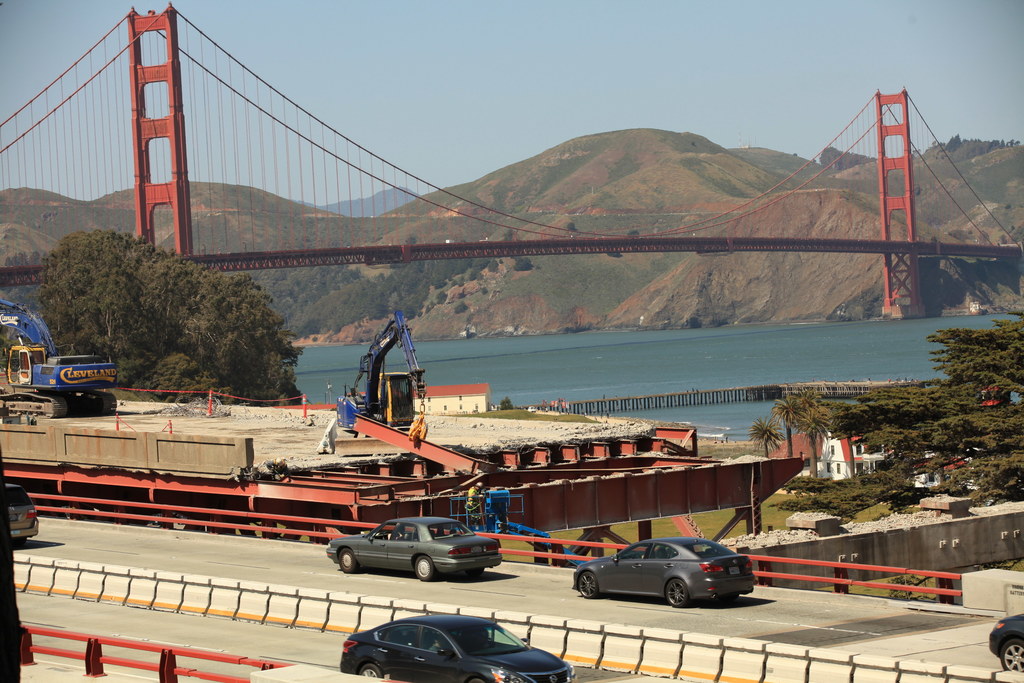 The Golden Gate Bridge got a new southern access route. The approximately 2.5-kilometer-long road which runs along the north coast of San Francisco, opens up access to historical and cultural landmarks and is seismically far safer than the former access road which was built in the 1930s. The Presidio Parkway contract has a volume of around EUR 800 million and runs for 33.5 years. After completion the road runs from the toll station on the Golden Gate Bridge in the west to Broderick Street in the east.

The consortium, led by HOCHTIEF PPP Solutions North America, reached financial close on the project in 2012. Together with infrastructure fund Meridiam HOCHTIEF’s US subsidiary planned, built, partially financed and now operates the project. Both partners have a 50 percent shareholding in the concession company, Golden Link Concessionaire.

The Presidio Parkway was built according to sustainable criteria and received a certificate from the Greenroads Foundation upon completion. On this project, all eleven mandatory “Project Requirements” are met. These include an end-to-end environmental approach, quality control, noise mitigation, and minimum air pollution. A huge amount of the building debris and waste has been recycled. Early on, a sustainability management plan was drawn up and an environmental manager appointed. 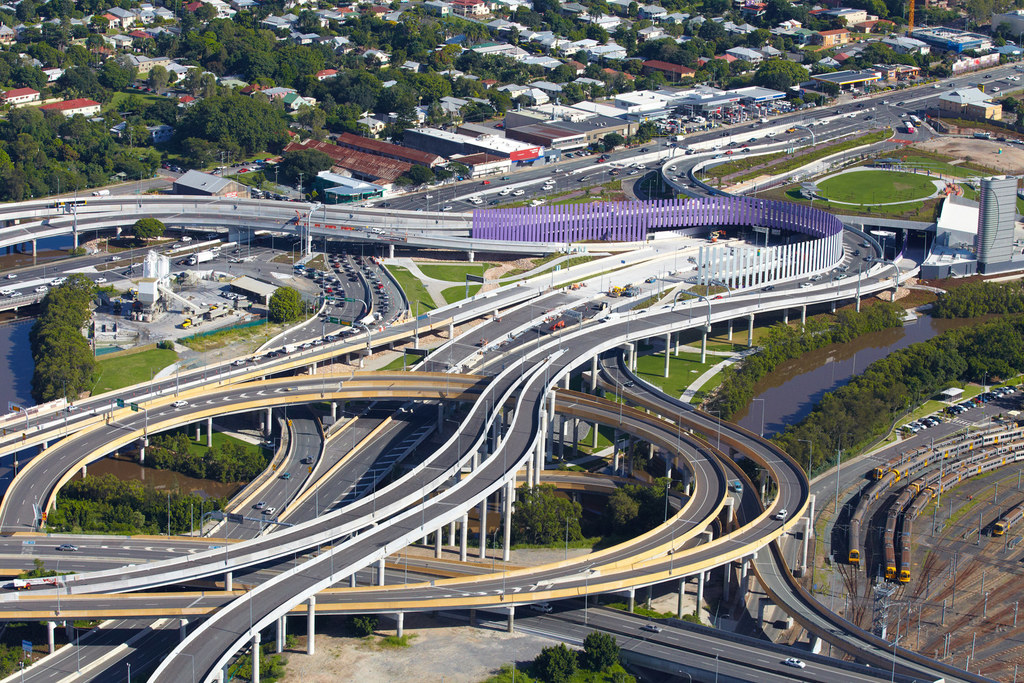 Brisbane’s new Airport link M7 has been in operation since 2012. The centerpiece 6.7-kilometer toll road runs largely through tunnels and was designed to ease the bottleneck between the city of Brisbane and the airport. CIMIC subsidiary Thiess secured this contract for what was Australia’s largest ever road infrastructure project together with John Holland. 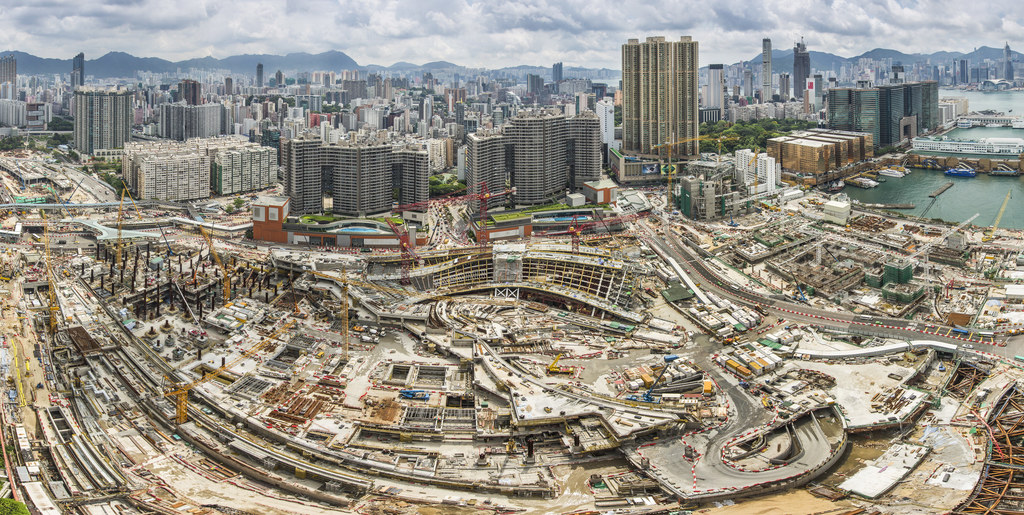 The photo shows the dimensions of the mega-construction project, a gigantic construction site. We are excavating a train station measuring 380,000 square meters (the size of 53 soccer fields) lying 30 meters underground. It is located in the heart of Kowloon and will serve as Hong Kong’s international gateway to China. The West Kowloon Terminus Station North is Asia’s biggest civil engineering contract and was awarded to the HOCHTIEF subsidiary CIMIC Group company Leighton Asia as part of the Guangzhou-Shenzhen-Hong Kong rail link. A new rail line will connect Hong Kong with major Mainland cities with reduced travelling times.

By that time, 600,000 cubic meters of concrete and 12,000 tonnes of steel reinforcement will have been used in construction. More than 1.7 million cubic meters of earth are being excavated.

The station’s unique glass and steel roof is a superlative construction: The steel roof composes of 7,200-tonne of steel supported by mega-column of max 49m high. 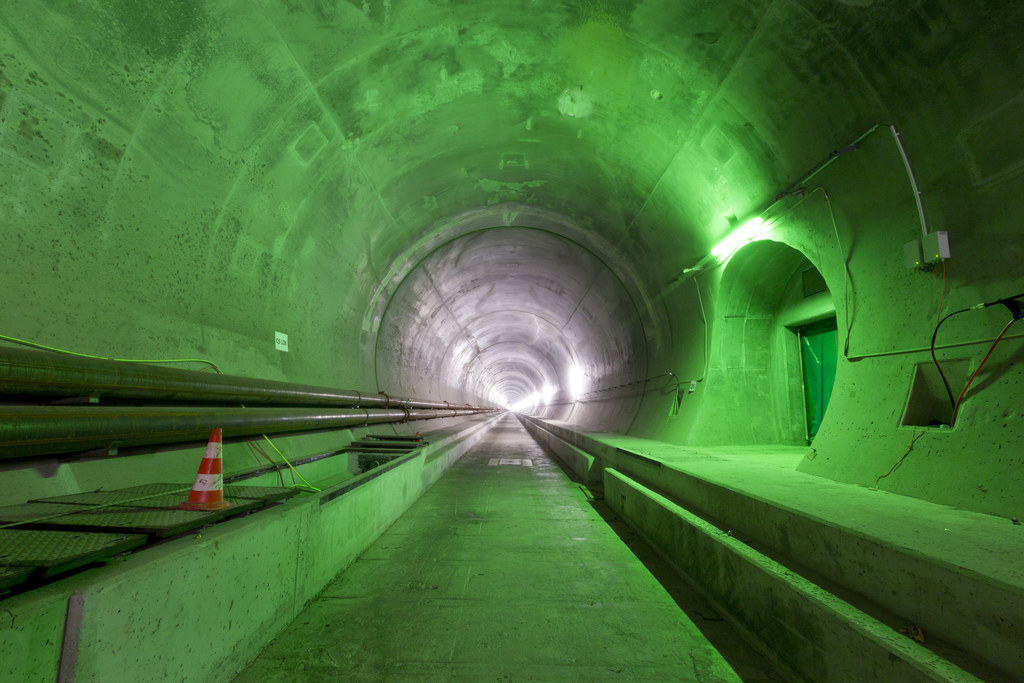 The world’s longest railway tunnel was built with the help of HOCHTIEF Solutions: the Gotthard Base Tunnel which connects the Canton of Uri in the north with Ticino in the south and is planned to be opened for passenger and freight trains in 2016. Travel times between Zurich and Milan will be reduced by one hour.

On behalf of AlpTransit Gotthard AG, the tunneling experts of HOCHTIEF together with partners have carried out shell construction for the two southern lots of the Gotthard Base Tunnel. This included boring two single-track tunnels which have a length of a good 27 kilometers each and run parallel to each other with a separation of 40 meters. In addition, connecting tunnels (crosscuts) with a separation of 325 meters each and, at the height of the mountain village of Faido in Ticino, side tunnels and a big multifunction station (MFS) were blasted out of the rock. At MFS Faido, track change systems and emergency stops will be provided for.

During the 12-year construction period, the tunnelers mastered numerous technical, logistic and geological challenges. On the whole, this longest railway tunnel worldwide is an outstanding masterpiece of engineering. 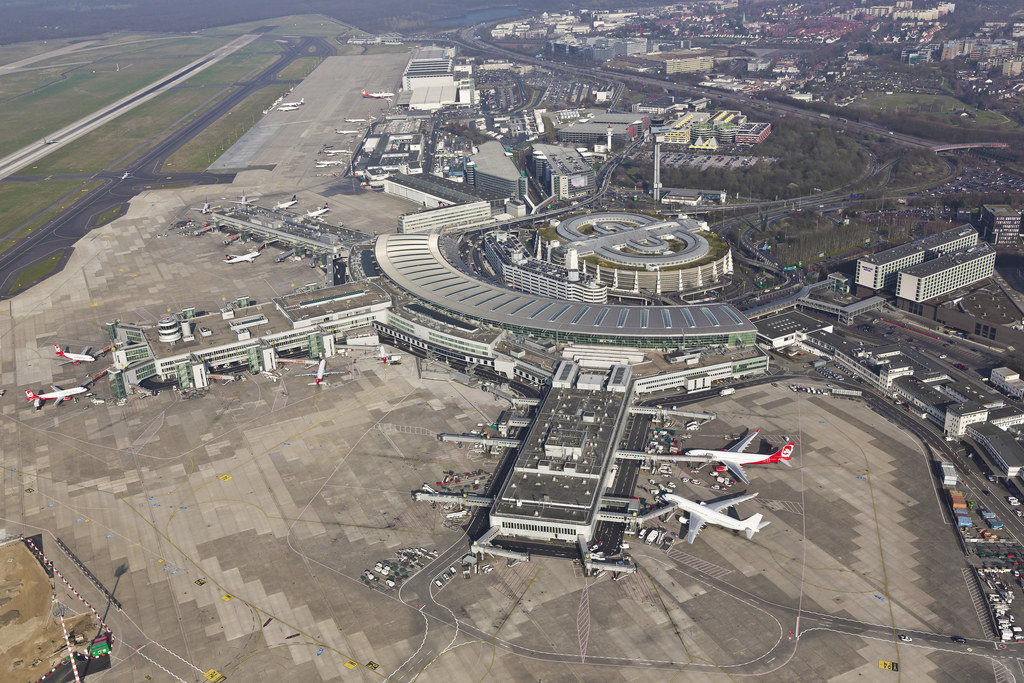 Since the 1960s, HOCHTIEF has been planning and building airports worldwide and has acquired considerable expertise and competencies in this area through long years of experience.

One example in this connection is Düsseldorf Airport. In 1996, a devastating fire destroyed large parts of the airport which was opened in 1927.

The federal state of North Rhine-Westphalia subsequently sold its 50% stake which, since 1997, has been shared by HOCHTIEF AirPort with 30% (since 2013 AviAlliance, http://www.avialliance.de) and Aer Rianta with 20%.  The remaining 50% continue to be owned by the federal state capital of Düsseldorf. Düsseldorf Airport thus was the first German airport to be partially privatized.

In a public-private partnership, the airport was completely renewed then by the joint venture "airport 2000 plus" comprising HOCHTIEF AirPort, Bilfinger + Berger and Phillip Holzmann. HOCHTIEF had the technical lead. Thanks to optimized planning, flight operations were not restricted during the entire construction works. The "open-heart surgery" succeeded.

HOCHTIEF not only concentrated on airport construction, but above all on reorganizing the airport company into an efficient enterprise.

By means of the numerous conversion and construction measures in the following years, passenger capacity was increased from 16 million to 22 million (2013).

On a former barracks site in direct vicinity of the terminal, a 23-hectare airport-owned business park has been under development since 2003: Düsseldorf Airport City. HOCHTIEF AirPort GmbH was substantially involved in the negotiations and devised the urban development concept for the new Airport City.

In 2009, HOCHTIEF Projektentwicklung erected a new office building here, with SIEMENS AG moving in as early as 2010. In 2013, HOCHTIEF Building GmbH secured the contract for construction of the new six-story administration building of Flughafen Düsseldorf GmbH which will meet stringent ecological requirements upon completion.

Even though subsidiary HOCHTIEF AirPort was sold in 2013, HOCHTIEF continues to build airports as long years of experience have rooted this competence within the HOCHTIEF Group.